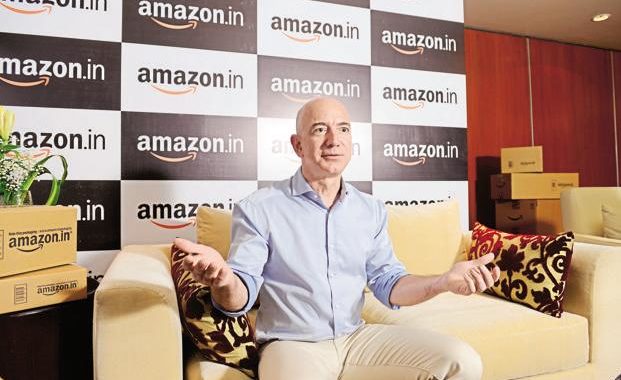 At the time when homegrown ecommerce player Flipkart is struggling to raise funds, Amazon India just got rich by Rs. 2010 crore, courtesy its generous parent company. According to regulatory filings, the American etailer invested this money in Amazon Seller Services in November, making its total investment to over Rs. 7000 crore in the year 2016.

“We will invest what it takes to become the customers’ preferred choice in India, and are encouraged that we are India’s largest and fastest-growing ecommerce marketplace. In an industry reportedly flat or negative, Amazon India has continued to show remarkable growth of over 100% this year,” said Amazon’s representative.

Amazon is one of the most valuable companies and its founder Jeff Bezos is world’s third richest man. So there’s no dearth of funds. But sources have revealed that the company is losing approximately Rs 600 crore every month and would cross $1 billion loss by the end of FY 2016-17.

However, according to Amazon the losses are part of its aggressive investment and expansion strategy. In the last 3.5 years, the company has invested heavily in warehouses, infrastructure, seller initiatives, customer acquisition, private labels, increasing product portfolio and Prime subscription service. And its rival Flipkart has been unable to match its spending capacity due to fund crunch.

“(Earlier) Amazon spent a lot of capital to build warehouses and infrastructure, but in 2016 they have increased spending on customer acquisition. Flipkart was in investment mode in 2015, which it has cut down in 2016. It will need to raise capital before it can start matching Amazon’s spending,” stated Satish Meena, an analyst at Forrester Research.

The American etailer has embraced ‘localization’ like no other Indian etailers and will leave no stone unturned to become Indian ecommerce industry’s leader.

Amazon’s biggest seller Cloudtail’s success is an indicator of Amazon’s strong presence in India and also of how the millions are working its magic. The seller entity is a joint venture between Amazon and Infosys’ founder Narayan Murthy.

“On paper, Cloudtail is just a merchant on Amazon but essentially the kind of growth it has seen would not have happened without Amazon’s support.”

Stay glued to know what Amazon India plans to do with the fresh Rs. 2010 crore!