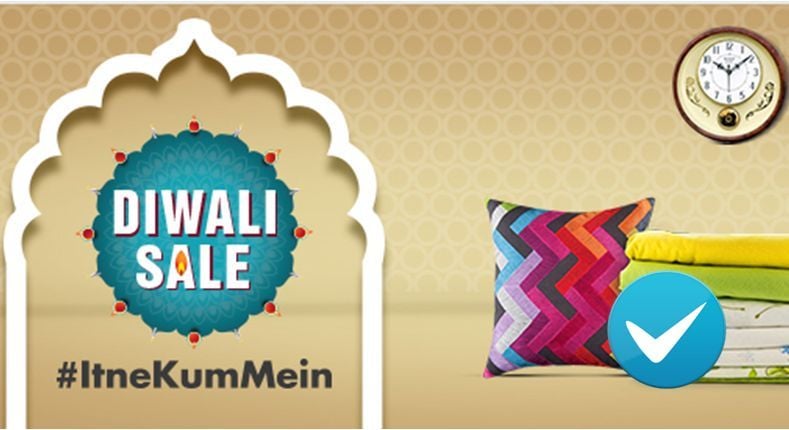 Shopclues‘ goals for the festive season are to invest in its sellers and make profits. Unlike other marketplaces, the etailer is not spending big on promotions this Diwali. Instead, it is spending to its sellers. By the end of last month, Shopclues began a campaign to entice online sellers. The campaign is called – ‘Big Business Boom’ and runs with the tagline – ‘Business Badhaao, Diwali Mannao’.

The Big Business Boom campaign was launched at the Shopclues seller summit, in Mumbai. It will continue on till 30th October 2016. The ecommerce platform is using the campaign to ensure their sellers are prepared with the right mindset and techniques to meet consumer demands during the active sales period.

Shopclues has divided its sellers into two categories; seasoned sellers and relevantly new sellers. The segregation will help cater to each seller’s requirements.

For the new sellers, the Big Business Boom campaign will educate them on the essentials of the festive season and online retail trading know-how. This way, sellers will be able to meet consumer demands efficiently.

Seasoned sellers on the platform will receive enhanced services. This way they can combine their experiences with Shopclues resources for maximum sales during the festival season.

Ganesh Balakrishnan, the AVP of Merchant Services at Shopclues said, “The strong foundation that we have in the form of our extensive seller base is undoubtedly the prime driving force of our platform.”

Shopclues is offering sellers an opportunity to make more monumental sales this festive season by precisely fulfilling consumer demands in every category. Doing this will allow sellers to maintain sufficient stocks and sell effectively and efficiently, Ganesh mentioned.

To capture the attention of more sellers, the Indian ecommerce company will conduct offline events as well. The whole campaign is expected to build a larger online merchant community of over 5 lakh sellers.

The online retail platform ran contests for sellers from 27th September to 1st October on its seller Facebook page and even its Seller’s Club. Participating sellers were promised free store credits and Shopclues seller services.

The marketplace seller services provided by Shopclues are available at a promotional price to ensure sellers use these and build their brands the way they want to.

The etailer is also offering merchant loans under its initiative Capital Wings and introduced sales booster a feature that helps reduce cart abandonment. All of which are expected to build its seller base.

Profitability an attainable reality for Shopclues?

Shopclues plans on making the most profits during the festive season. The first-day sale registered a 200 percent growth. The sales target till December is five million.

“We would be the most profitable, compared to the other companies that are having sales offers at present. I believe our growth would be the highest,” said Radhika Aggarwal.

The company added over 32,000 pin codes including rural pin codes in its delivery routes. To manage the larger load of daily orders Shopclues has partnered with 40 logistics companies. 99 per cent of shipments are expected to be delivered within 2-10 days based on destination, Shopclues stated.

The ecommerce company launched a Lowest Price Challenge this Diwali to compete with competitors Flipkart, Snapdeal and Amazon. The search for Shopclues offer rose by 80 per cent after its introduction, say Google trends.

“As compared to last year, we have received tremendous response from our discerning customers. There has been a growth of 200 per cent in terms of brand search queries, app installations and direct visits to the portal. We have experienced about 90 per cent growth in terms of visits and orders and about 190 per cent growth in gross merchandise volume  and conversion rate. Overall, we expect a better festive season this year,” stated Nitin Agarwal, marketing assistant vice-president at Shopclues.