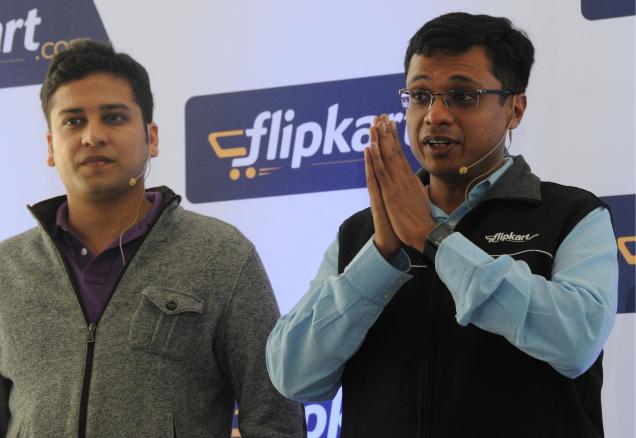 After the news about Flipkart delisting sellers for no rhyme or reason broke out last week, IOS wondered if ‘Flipkart is looking to create multiple mini-WS Retails so that without violating any FDI regulation, it can continue to sell on its own marketplace.’

This is no longer a mere speculation with fresh details pouring in about Flipkart setting up or planning to back (just like WS retail) four big seller entities on its platform. It will help them to achieve two things – maintain control over the total sales on its platform and adhere to FDI’s 25% cap on sales rule.

Sources have revealed that Flipkart has zeroed down on four sellers including Health & Happiness Pvt. Ltd and Consulting Rooms Pvt. Ltd that will work closely with them. These four sellers along with WS Retail will help the etailer to offer discounts and balance the contribution to sales without violating any rules laid out by DIPP.

The Chinese ecommerce giant Alibaba has again managed to inspire Flipkart to follow its footsteps. It is widely believed that 80% of Alibaba’s sales come from 20% its sellers. Quite similar to Pareto’s 80/20 economic law, this formula when applied correctly can improve productivity.

The Indian ecommerce firm is looking to apply the same rule and generate a major portion of its sales from 20% of its seller base. That’s why the etailer is four separate seller units besides WS Retail.

While Flipkart has once again figured out a loophole to manipulate existing government policies and conduct its business, sellers are obviously not too pleased about it.

“This is done to comply with 25% and less sales volume limit criteria set by government. And it is believed that these guys [4+1] will account for almost more than 90% of the sales on Flipkart. By doing so remaining 90000 sellers, will fight for less than 10% of the sales.”

Vendors have been trying to reach the senior management of the marketplace to discuss all the recent policy changes, but to no avail.

Encouraged by the news report about Anil Goteti, Head of Marketplace at Flipkart actively engaging in talks with sellers, the All India Online Vendors Association (AIOVA) wrote an email to Goteti but they didn’t get any reply.

“Anil Goteti has been given the post of Head of Marketplace at Flipkart since March. But he doesn’t have any contact with sellers and sellers associations. Nor is he interested to reply to our concerns. He has been informed of sellers problems since April, but no action is being taken. We demand that either he meet us on behalf of 1000 sellers, or he be made to resign,” roared AIOVA’s spokesperson.

Previous Article Is It Profitable To Be An Online Seller?