Paytm to be the title sponsor for all BCCI matches till 2019; Cricket fever grips ecommerce too? 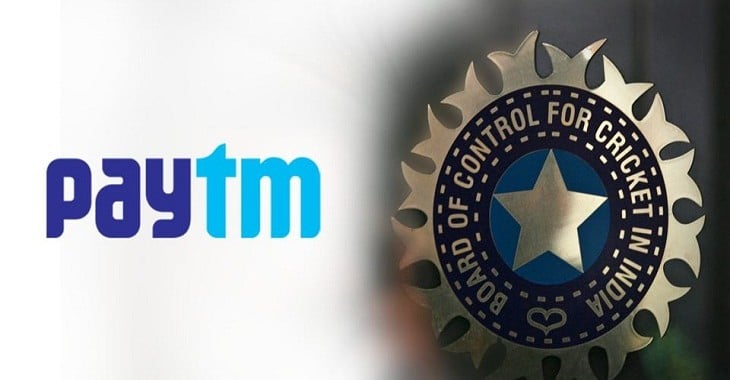 One97 Communications that owns Paytm has grabbed the title sponsorship for all international and domestic cricket matches organized by BCCI (Board of Control for Cricket in India) till 2019.

BCCI Secretary Anurag Thakur said to First Post, “They are one of the new generation companies and we are delighted to partner with them. Having them for next four years gives the stability and continuity to Indian cricket. With nearly 84 matches scheduled over the next 4 years with all major countries playing in India we are hopeful that Paytm will be able to build a strong and strategic association with Cricket.”

Speaking about this deal, Vijay Shekhar Sharma, founder and CEO of Paytm exclaimed happily while speaking to ETRetail, “Cricket is the dream sport for us in India. Cricket epitomises the Paytm values of passion, hard work and team effort. We are very happy to partner with the BCCI and cheer for Indian cricket with millions of fans. Over the next 4 years, we will continue to invest strongly in cricket and other sports. As a growing brand which has big plans for a billion strong Indians, there is no better platform than cricket in India.”

Besides Paytm, Micromax which had won the title sponsorship rights of the 2014-15 season was set to be a participant in the latest bidding process too. But Micromax’s bid was cancelled due to incomplete documents. A BCCI marketing committee official said, “Micromax’s bid was not even opened after they had failed to submit proper documents required for being eligible bidders. So their bid document was not opened and paytm won the bid unilaterally.”

This can turn out to be huge deal for Paytm as cricket is a religion in India. The sport’s popularity is incomparable and surprisingly fans don’t get bored with back-to-back cricket tournaments. It will help to establish Paytm brand’s name as more than a ‘recharge-payment’ site. Not to forget sellers onboard with the etailer will get more exposure due to its association with an immensely popular sport like cricket.

Bagging sponsorship deals is one of the key strategies that enabled etailers to build a brand image & recall, whether it is Snapdeal- Bigg Boss relationship or Amazon and India Fashion Week. eTailers like Amazon, Fabfurnish, & Snapdeal besides Paytm have benefited a great deal in the past by associating with cricket event IPL. Needless to say Paytm’s success will multiply too just like other BCCI title sponsors’.