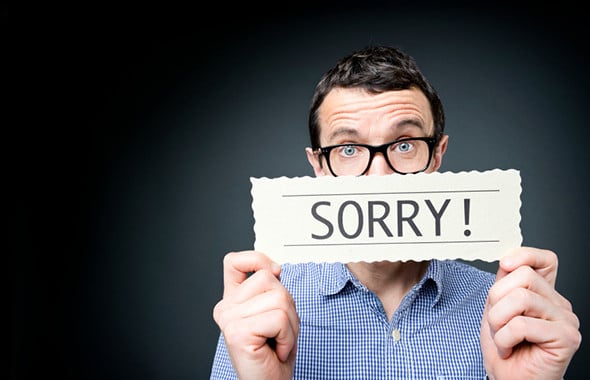 Surprises are good, unless they are bad ones. And off late, customers of online shopping sites like Flipkart and Snapdeal have been getting not-so-good surprises.

If you were on a digital detox from the past two months, then here’s a quick recap of the recent delivery goof-ups for you:

Almost all Indian online shopping sites, be it eBay, Jabong, or Amazon have committed delivery blunder. That’s evident from various customers’ reviews. But these blunders have been restricted to wrong size, fake products or damaged goods. Whereas from the past two years, Snapdeal and Flipkart have been passing the crown of the ‘most bizarre goods delivered’ back and forth between them.  Back in 2013, Flipkart delivered two stones instead of an iPod. And Snapdeal followed it up by sending two coconut shells instead of shoes to one customer.

After grave mistakes like these, efficient customer service can be the only thing that can save an ecommerce portal’s credibility. Unfortunately besides a standard apology ‘we are sorry for the inconvenience caused’, customers say that get shoddy service. Sometimes the apology is a little too late. And is it enough? Not if no concrete measures are taken from shopping site owners to curb these delivery nightmares.

Listed below are updates of Case 1, 2 and 3 customers as per their social media profiles that help to understand good/bad crisis management by etailers:

Case 1: What saved Mr. Kabra from the hassle of getting in the customer service web was that he opted for Cash on Delivery instead of prepaid order. He insisted on checking the package before handing over a huge sum of Rs. 40,000+, which turned out to be a wise idea.  Snapdeal did mail a standard apology letter and assured ‘the matter was being looked into.’ But no update thereafter.

Case 2: Flipkart didn’t pay much heed to Adarsh Anandanan’s complaint initially.  In fact they accused him of hiding the product and creating a scene for nothing. But after he uploaded a video that proved he indeed received an empty box for the third time from Flipkart’s seller, the online portal finally took notice of the issue. The latest from this corner is that Flipkart offered a compensation of Rs. 10,000 but the consumer has refused to accept it and is taking the matter to court, as per his Facebook updates. Case 3: Mr. Krishnamurthy expressed his disappointment on his Facebook page by posting this message:

Since then the post has been shared by over 21,000+ users. While initially there was no response, Snapdeal refunded the amount later with an apology over the phone after the news picked up pace. The icing on the cake for Mr. Krishnamurthy was that he received a brand new phone and two Vim Liquid bottles along with it, courtesy Hindustan Unilever India!

Who is to be blamed?

Who is at fault in such scenarios? Seller, etailers or logistic players? Or is stiff competition leading to all this?

No matter who is at fault, the blame is always put on the etailer and hits their credibility. And rightly so. Like in response to this comment, “flipkart doesn’t have control over what he is shipping”, Adarsh Anandan replied, “I bought it for the name of Flipkart not for anything else.” Generally, customers put their trust on the brand value of a shopping portal and don’t delve into the seller’s details.

It is hard to imagine that an ecommerce retailer would make an effort to source marble stones, coconut shells & wood and deliberately dispatch it instead of actual products to its customers. No business owner in their sane mind would do that. That’s why it all seems a bit fishy. Somewhere in the middle things are going wrong. It’s hard to put a finger on whether registered sellers of portals are playing a trick or delivery guys are messing around with the packages.

For instance, Flipkart enjoyed a good reputation until they switched to a marketplace model. Since then their customer reviews have gone from bad to worse. They do have a sifting process to pick right sellers from all the applications. But looking at the number of categories they are selling and the unbelievable sale events (Like the Big Billion Day Sale) they host, it must be a task to control what gets packed in Flipkart bags across the country.

This is why we wanted to hear the other side of the story and get to the root of it. But sadly all efforts to get in touch with Flipkart and Snapdeal in this regard met with no response.

In one of his Facebook posts after receiving full refund, Mr. Krishnamurthy (Case 3 – Vim Bar blunder) wrote, “As the company said that the courier is also involved, i suggested the company should have their own courier service which they said they are implementing in a couple of months.” This comment indicates that Snapdeal acknowledged the fact that not only the seller/supplier, but the courier company was involved in this goof-up too.

A foul play by competitors can be a possibility too but there is no data or proof to support that.

Screening each order while it’s getting packed or before it is handed over to the customer is the only possible ‘absolute’ solution to avoid such delivery blunders.

Allow customers to open packages in the presence of the delivery agent (most shopping sites don’t allow that) and return on the spot if the package is wrong. This won’t reduce customer grievances but will definitely reduce the heat.

Strict seller screening process. A lax attitude towards accepting sellers has what contributed largely to customer dissatisfaction and the bad reputation & of online etailers.

Keep a watch on product pricing by various sellers. If a Rs. 50,000 worth product is available at Rs. 15,000 via some seller, then there has to be a catch. Investigate that.

Don’t merely ban/block/blacklist sellers when found guilty. Legal action on blacklisted sellers must ensue, which will act as a deterrent and will also create awareness about such fraud sellers.

It’s high time that ecommerce sites come out in open and share their perspective on these issues instead of releasing a done-to-death statement ‘We are sorry for the inconvenience caused.’ Each party involved, right from site owner to customer, deserves to know who is at fault or else such instances will continue happening. And if the trend continues, then the day when such shopping sites will be banned is not too far. With online shopping picking up like never before, it would be foolish for online businesses to not pay heed to such mistakes and hamper brand value. Flipkart, Snapdeal and the likes, time to act fast or regret later!