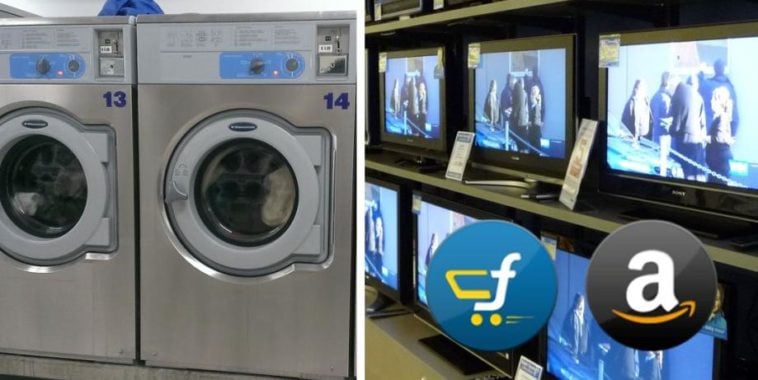 US-based ecommerce giant Amazon has chalked out plans to increase the sales of large appliances category during the upcoming festive season. After witnessing 400% YoY growth in this category, the etailer wants to continue this momentum by making some strategic changes.

Amazon is going to scale up its installation services from 13 cities to 40 by the end of August 2017. The online marketplace is also looking to add new products under the large appliances category.

“We currently offer a range of over 60 products across all top brands which will be expanded further before the festive season, apart from the addition of other categories such as air purifiers. We have recently partnered with LG for air purifiers,” revealed Suchit Subhas, Amazon India’s Category Leader, Appliances and Automotive.

After ruling the smartphones category, home-grown etailer Flipkart is looking to capture a major chunk of the television category market share. By March 2018, they want 20% of the market in their hands.

The Bansals-led company intends to achieve this target by forming exclusive strategic partnerships with brands. For instance, their association with Vu Televisions, a Mumbai-based luxury TV brand has contributed immensely (35-40%) to Flipkart’s TV sales.

Vu too has benefitted by this tie-up. If Flipkart manages to achieve its 20% March 2018 target, then the brand would become one of the top 5 brands in the television market.

If all goes well, then Flipkart might buy equity stake in the television brand in exchange of investment in the future.

With $2.5 billion in its account, the ecommerce leader wants to triumph over its rival Amazon. To make the Big Billion 2017 edition a huge success, Flipkart not only slashed down its commission, but also rebranded its large appliances category. Let’s see if it’ll pay off.