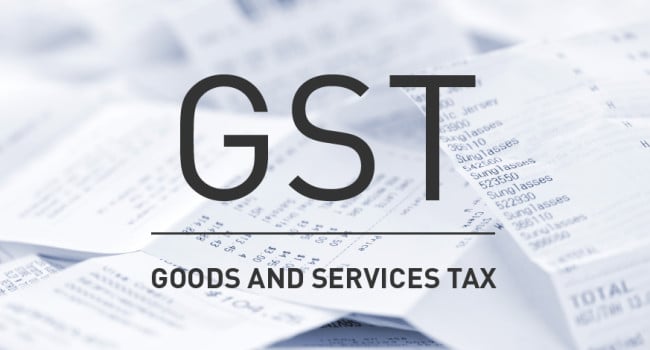 The goods and services (GST) regime is expected to take root from 1st July 2017, but it appears that the lack of clarity on certain aspects has left etailers and sellers in a state of confusion. IOS recorded seller opinions recently to weigh the pros and cons of the tax. Some of the sellers we spoke with pointed out that it will run MSMEs out of business. The details regarding registrations have both sellers and etailers worried about the implementation of this new tax.

What’s the cause for worry?

The GST rules require registration in each state, which may prevent etailers from accepting products from small online vendors with Rs.20 lakh annual turnover since they are outside the GST purview. In case ecommerce platforms do sell products of unregistered sellers, they will need to pay full tax and forfeit the benefit of input tax credit.

Ecommerce biggies – Flipkart, Amazon, Myntra and Shopclues have informed the GST council and finance ministry that registering in every state will cause GST compliance issues for them.

A state VAT official pointed out that the GST regime will take away any incentives available to ecommerce portals selling the products of unregistered dealers. Hasmukh Adhia, revenue secretary, also called out traders and businesses to deal with vendors with a GST identification number (GSTIN). In case small sellers want to sell on online marketplaces, they will need to voluntarily register under GST, the official mentioned.

What are marketplaces doing about this?

Roadblocks like these are likely to keep small sellers from enrolling with online retail platforms, Shopclues CEO, Sanjay Sethi claimed.

He further said, “We are going to keep out all those small dealers who don’t have a GSTIN, while at ShopClues, we want to provide digital marketplace access to people like weavers, potters, artisans and those engaged with the cottage industry.”

In India, etailers cannot function through an inventory model. They depend on lakhs of online vendors for retail. On Shopclues itself, there are approximately 500,000 online sellers listed. Many of these are small businesses or proprietorships.

VP of products at the ecommerce company, Arun Goel said, “There is ambiguity around rules as they are coming in bundles. There are challenges around TCS as well as documentation required for registration. We are prepared for compliance but we do not know if merchants are.”

Under GST ecommerce players must register in all 29 states plus union territories. Etailers are doing their best to make the government understand why this is a problem for them.

A Flipkart representative brought up this issue during an interaction in Bangalore with the revenue secretary. The executive from Flipkart asked the secretary if the GST council would reconsider this regulation and replace it with a single-point sort of registration. But these questions were left unanswered.

Amazon India is not accepting Karnataka’s definition of the term ‘dealer’. It stated that it is only a technology company providing sellers a digital platform to sellers and buyers for trade.

An Amazon executive said on the condition of anonymity, “Multiple registrations across states is unfair. Our representation said that we will file the returns but should be allowed to register in a single state. This is unfair on part of anyone who works on an inventory model. It will be difficult for our large sellers who have their products at our fulfilment centres.

An Amazon executive confirmed that they appealed to the government to allow remittance of GST through single state registration. Under the VAT regime, only Gujarat and Karnataka are particular about registration in their states for tax collected at source (TCS).

He added, “They are the ones who need the ecommerce operator’s platform, perhaps the most, to access the larger market before they grow their business and then take on the burden of tax compliances.”

If small sellers manage to cross the Rs. 20 lakh turnover requirement, the cost of compliance will still be high for them.

The executive director at RSM Astute Consulting Group, S Satish disclosed that “The cost of compliance for sellers will go up because they will have to register with many states, pay tax, file returns and reconcile invoices. It is a real cause for concern for the industry, and the e-commerce guys feel that while the bigger boys might be able to comply, for the smaller vendors the volume cost and the compliance cost may not commensurate.”

This way the whole chain of transactions is visible. This is all very essential to transfer tax revenues to the end state as GST is a destination based tax. Unlike VAT, which is an origin-based tax.

So for example, if a transaction originates in Bangalore and ends in Delhi, the buyer in Delhi will claim input tax credit against the purchase, if he himself is the dealer.

According to an official – If an ecommerce company sells products from 100 dealers from its Bangalore fulfilment centre and deducts 1% TCS, the buyers in other states can claim credit for the tax already paid only if the company is registered in all the states it buys or sells in.

GST captured the hearts of many with its benefits like –

But, upon closer inspection, it appears to be benefitting larger vendors more than the smaller ones. Etailers have shared that for small sellers who earn margins of 5-6% may have as much as 20% of their working capital blocked due to 1% TCS. Also, small ecommerce businesses will no longer receive concessions on taxes like before. Thirty-day return transactions will need special attention due to refund adjustments that will affect tax liability.

Next Article Developing the art of ecommerce logistics