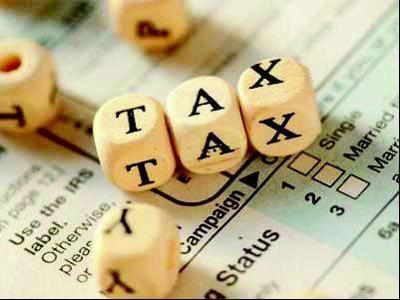 After dilly-dallying, the government is ready to implement goods and services tax (GST) from July 1st 2017 onwards. The intention of this tax is to bring about accountability and transparency in the Indian ecommerce industry. And how that objective would be achieved? By keeping track of all ecommerce transactions via GST.

Sellers would have to pay 1% TDS (tax collected at source)

As per the latest draft of GST as presented by Union Finance Minister Arun Jaitley, ecommerce firms including Amazon, Flipkart, Snapdeal  and others would have to deduct 1% TCS from vendors’ pay-outs.

In series of tweets, the Central Board of Excise & Customs shared,

“The decisions of the GST Council are being communicated for general information. Notifications will be issued which shall have force of law.…. The information is being uploaded after the GST Council’s decision and it will be subject to further vetting and may undergo some changes.”

The GST Council is scheduled to meet again on 3rd June, 2017.

While few sellers shared their concerns over GST with Indian Online Seller, vendors’ lobby group AIOVA has welcomed this move.

“As very few sellers fall within the Rs 20 lakh bracket this is not a big worry for us. We have also welcomed the tax rate. The areas which need clarification are what happens in case of a return. Also, stock transfer is a matter of concern for us as,” said AIOVA’s spokesperson.

AIOVA also informed IOS that they have few recommendations which they have shared with the government authorities.

In its letter to NIC, AIOVA wrote,

“At the outset, we thank this committee for recognizing Ecommerce and E Transactions in Draft GST BILL. Referring to Section 43C of Draft Model GST Law, we have seen many news reports of ecommerce players seeking removal of this clause on behalf of sellers.”

“Our association which represents more than 1000 active sellers is in support of the clause as inserted in the Bill and only recommends the following:

Would it discourage vendors from selling online?

Industry experts are of an opinion that increased compliance would discourage sellers from being active participants of the ecommerce industry. The lack of many rules and regulations was one of the main factors why many vendors made the switch from offline to online.

“At current scale, Rs 400 crore of capital per annum will be locked into the system that will not be accessible to sellers and this will eat into their working capital. This will deter them from listing with us,” Bansal had said in one of his previous interviews.

But sellers aren’t buying Bansal’s argument and said that TCS under GST is not all bad like top etailers claim.

With 1% TDS compulsion, would sellers again move to the offline mode of selling? Or only those who have a problem with increased compliance would make the switch? Sellers, let us know through your comments.