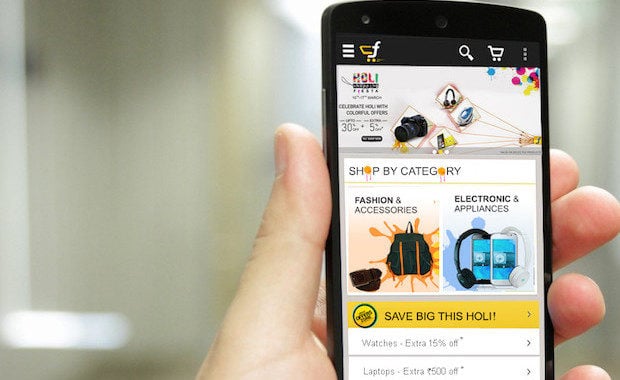 Flipkart has decided to take its ‘sell everything’ growth mantra a little too seriously.

The home-growth etailer is planning to launch a super app that would do everything, be it booking a cab service or ordering groceries. Various food, cab and travel aggregators would be part of this new initiative.

It was developed by the etailer’s app design and engineering team based on CEO Kalyan Krishnamurthy’s suggestion. As of now it’s at a nascent stage, but Flipkart expects the app to be fully functional in 6-8 months.

With the help of this new app, Flipkart aims to:

“The business is targeting a December launch and will follow a WeChat model, where the Flipkart app can be used to book a cab, order food or plan your travel. With the launch of loyalty points for all purchases on Flipkart, the Flipkart platform will act as a distribution channel for these services.”

WeChat is an app developed by China-based Tencent that recently invested in Flipkart. The app is widely popular and Flipkart intends to replicate that success with its own mega app.

“The services will be fulfilled by the partners while the customer loyalty, transaction and revenues will increase through this app strategy. However, these are early days and the strategy needs to be refined with a six-eight month runway.”

While the Indian ecommerce unicorn is geared up to launch its super ‘everything’ app, its plan to acquire Snapdeal might have hit a roadblock.

According to news reports, the Reserve Bank of India (RBI) is scrutinizing the Flipkart-Snapdeal acquisition deal to determine if there are any foreign exchange violations. The merger between the two home-grown ecommerce companies would finalize only if there are no infringements under the Foreign Exchange Management Act (FEMA).

Actions that could be treated as FEMA violations

Flipkart Private Limited is a Singapore registered company that operates Flipkart Internet Private Limited, which was incorporated in India. And if Snapdeal’s shareholders are issued Flipkart’s parent company’s shares (Singapore-based) as part of the all-stock sales deal then it would require RBI’s authorization. Many of Snapdeal’s minor stakeholders are asking for shares in Flipkart’s overseas holding company. This is the action that might invite trouble due to FEMA violations.

Snapdeal’s due diligence is underway but now Flipkart would also have to think of a way to avoid FEMA violations. So far the Bansals-led company has managed to twist the legal rules in its favour such as operating seller entity WS Retail and acquiring troubled fashion etailer Jabong. Let’s see how they execute the Snapdeal deal.

Next Article Online sellers demand for Ecommerce Regulator through petition to Govt.