Home  »  In The News  »  No chance for etailers to have TCS scrapped under GST? 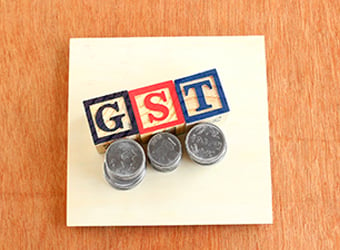 Looks like the online marketplaces will not be getting Tax Collected at Source (TCS) under Goods and Services Tax (GST) removed. The GST council was to meet on Saturday, said a government officer familiar with the matter, to vet the law and it appears that TCS will be retained in the final draft of the law.

Why are etailer not in favour of TCS?

Bipin Sapra, a tax partner at audit and consulting firm EY said, “TCS will create a lot of issues; it is a disincentive for people to trade online. A lot of money will get stuck in the system which will hurt the industry. The same purpose can be served by getting all the details of the suppliers from the e-commerce companies without levying TCS.”

Etailers Flipkart, Amazon and Snapdeal joined hands to publicise how TCS is a hindrance to ecommerce and will result in cumbersome reporting. 2% tax must be deducted by online retail platforms from payments to suppliers and then deposited with the Government.

The ecommerce companies pointed out that TCS would block much needed working capital for up to 25-30 days and become an added burden for online sellers. They also stated that since TCS will not be charged offline, it will discourage sellers from selling online, as the cost of compliance will increase.

In response to this, online seller associations, AIOVA and e-Commerce Sellers Association of India came together and stated that there would be no real trouble with the implementation of TCS.

Will the TCS provision stick?

The government officer mentioned, “The provision will stay. E-commerce companies have flagged their concerns saying how these provisions are difficult to implement. But they also concede that it is doable.”

GST is expected to kick in by 1st July 2017. The main purpose behind this tax is to remove tax barriers between states and encourage a unified market.

Based on the provisions of this law, online marketplaces must deposit TCS with the Government in about 10 days from the end of the month in which the tax has been collected. Electronic statements must also be furnished by etailers with details of the TCS from various suppliers with a proper break up of tax pertaining to CGST, SGST and IGST.

For suppliers to claim credit for tax payment made, their returns filed must match with the entries submitted by their marketplaces.

A separate chapter was put together in the draft GST law to deal with taxation in the ecommerce sector after states expressed their concerns over the loss of revenue from small suppliers not within the tax net.

Implementation of TCS does have a set of drawbacks, but some are okay with these while marketplaces continue to highlight these. Where do you stand in this matter? Are you for or against TCS? Let us know trough the comments section.

Previous Article Making the most of your independent website