Before the year could end online marketplaces already began alerting sellers about policy changes. Shopclues plans on to add two new changes to its seller policy soon. Paytm another etailer also informed its sellers that it will introduce changes.

The online marketplace already notified sellers that malpractices on the platform are strictly prohibited and wrong doers would be penalised. Last week, the etailer emailed its online sellers to inform them that it has updated its merchant penalties based on inputs from its legal team.

The penalty changes are introduced in case of following malpractices – 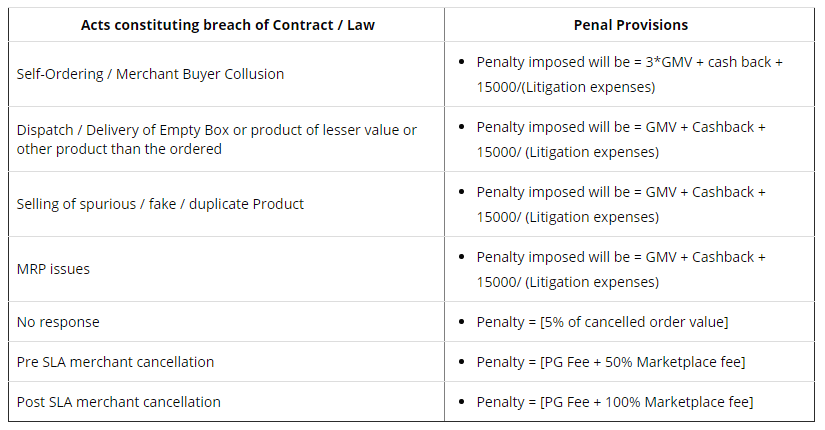 The online retail platform asks sellers to note that in the event of fraud, unfair trade practices, heinous malpractices or gross violation of contract, Paytm my deduct or impose a penalty of Rs. 10 crore or an amount equivalent to annual the marketplace GMV, whichever is higher as damages from the fraudulent seller and the agreement with the seller will be terminated without any reasons thereof.