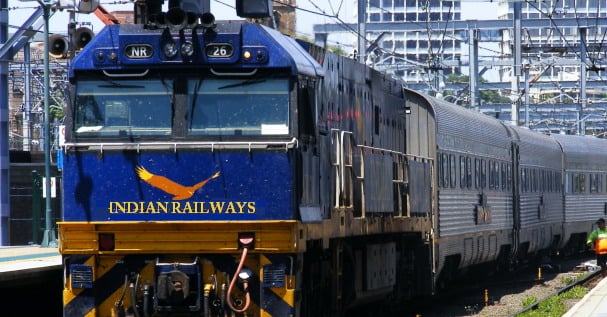 Limited infrastructure has always been an obstacle to ecommerce in this country. But with the realisation of the potential of this industry various steps are being taken by government bodies to reduce difficulties.

India Post has been aiding online retail in the delivery department for a while now. It has been strengthening ecommerce by taking on product delivery to remote locations in the country. The world’s largest postal network is even piloting same-day delivery to help quicken their logistics.

Another government-owned body willing to help the ecommerce community is India’s Railway Ministry. According to reports, etailers like Snapdeal, Flipkart and Amazon will soon be allowed warehousing and pick up points at different railway stations in the country.

To minimise the troubles etailers have with storage, the Railway Ministry is putting together a scheme to lease abandoned buildings and other spaces near railway stations to online retailers, claims a senior official on the Railway Board. The official also states that the non-fare revenue cell of the Board is communicating works of this plan to ecommerce companies.

The above mentioned official say, “Presently, we see a huge gap in the market where ecommerce companies are unable to get spaces in the city because the cost is too high.

“We are offering them our abandoned building and other spaces to set up warehouses and pickup points, that too at a cost-effective price,” he further mentions.

This move is expected to:

The warehouse and pick up points will mainly be in big cities where the demand quick delivery is high.

The Railway Board believes this scheme will be mutually beneficial to the retail segment of ecommerce and also itself.

KPMG partner Jaijit Bhattacharya says, “Railways offer a cost-effective solution to ecommerce by allowing them to set up pickup points at stations. With this, railways would also become a part of the growing logistics supply chain of white goods, hence getting additional revenues.”

He adds, “It’s a win-win situation for both railways and etailers.”

EY and BCG have been asked to join in and work on the preparation of this scheme, which will soon be announced says the Railway Board official.

Right now, only India Post uses railway leased spaces. However, with the introduction of this scheme etailers will have access to these storage spaces as well. To encourage them to use the railway network for transportation of parcels, a sweetened deal is being proposed under this arrangement.

Space near small cities will be available to etailers and new-age courier companies too. These locations can be used to set up hubs for efficient and quick product delivery everywhere.

“The companies could have more efficient supply chain once their warehouses and pickup points are in the middle of the cities. They could also set up hubs in small cities through our rail-side warehouses,” the official informs.

In addition to the revenue from warehouse lease, the railways will receive freight revenue too. Currently, 90% of white commodities are moved through roadways. The launch of this scheme by the Railway Ministry could change etailer’s requirements for road transport.