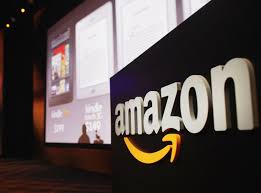 In the battle for supremacy, you win some and lose some. That is what US ecommerce giant Amazon is discovering. The company’s international losses have gone up in the previous quarter. In 2015, the company’s losses in the third quarter were $ 208 million and has gone up to $ 541 million in the same quarter in 2016.

“So what you’re seeing essentially in the second half of this year is a step-up investment primarily around digital content and also the fulfilment centre investment, but also things like Echo and Alexa which we’re adding a lot of resources to, India and AWS as we add people there to support additional service, think rapid growth in that business.”

For all its optimism, analysts feel that Amazon is pushing its boundaries too far. Satish Meena, forecast analyst at Forrester, said,

“Winning the India market will be expensive, and Amazon knows this. From the last six months their burn rate has increased, which is now showing in the results.”

The company’s share prices have dropped thanks to its financial performance. Its Indian arm is running losses up to $ 1 billion per year.

Prime to be its prime focus

The company launched Prime a few months back and is working towards adding more features to it. Referring to Prime, Olsavsky said,

“It’s now one of the top selling units based on Amazon.in. And so it’s very been very well received by customers.”

CEO Jeff Bezos has been keeping good his plans to invest extensively in India. Recently the company strengthened its Indian branch with Rs 1,350 crore. Despite all this, arch rival Flipkart has retained top spot.

However, this need not be the end of the world. It takes time and effort for any business to break even before they can think of making profits. Amazon has secured a toehold in the Indian ecommerce industry. With its new features in Prime, the company should be able to capture a loyal user base over time.