Amazon, Flipkart worried about each other’s win? More sale events coming up from the etailers 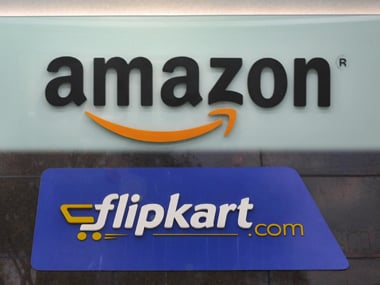 Looks like the party is not over. Leading etailers have not had enough of the overwhelming response to their Diwali sales, and are planning to hold more sales later this month. It is a case of tug of war between Amazon and Flipkart. The US based ecommerce company has been unable to stomach the fact that home grown Flipkart (with its combined team of Myntra and Jabong) has had a bigger sale value this year.

Who did what and where it led them

Based on the figures that have come in for this year’s sale, Flipkart has amassed a sale of 15.5 million units against Amazon’s 15 million units. The former planned a targeted attack, while the latter had no specific target in focus. Flipkart gave deals on smartphones and high value electronic goods. Amazon turned its attention to low value products to add new users.

Amazon is planning more sales. A person familiar with the goings on said,

“In the first week, Amazon underestimated the kind of deals that Flipkart had, particularly on electronics. These days, after the FDI (foreign direct investment) laws, it’s also not that easy to react instantly to competition and cut prices. Earlier, Amazon would’ve just given more discounts after looking at Flipkart’s deals. But that’s more difficult now. So, for the next sale events, they will be better prepared.”

The company is also planning to present the promised Prime Videos later this month with the live streaming of Karan Johar’s production ‘Ae Dil hai mushkil’.

“There will be deals across the month. The pricing would be aggressive. The last 10 days of this month are going to be the Diwali shopping days. So, we are hoping to do some good numbers then.”

Are discounts the only recourse?

Ecommerce companies are looking at cultivating a long term and steady user base that will look beyond discounts. However, they seem to be going back to the tried and tested formula of discounts. With a growing population of internet and mobile users, and a high participation of young online shoppers, things are only looking bright for the Indian ecommerce industry. The semi-urban and rural buyers are also growing in number.

Therefore, its time ecommerce starts looking beyond discounts in order to build a long term sustainable and profitable model.