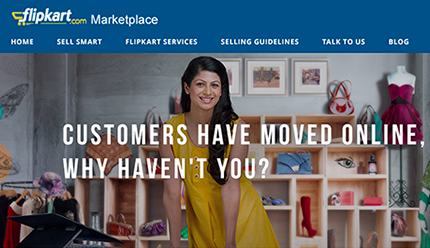 Online retail companies are concerned that the new FDI rules are to their detriment. They intend to start a club of their own to combat their offline contemporaries. Flipkart is at the helm of this move. Chairman Sachin Bansal has invited the heads of leading ecommerce companies including Snapdeal to meet Jayant Sinha, the Minister of State for Finance, to talk about the companies’ concerns.

Offline stores have their community – the Retailers Association of India (RAI) – so why not the online stores? Despite the intensity of the competition among each other, etailers are discovering the power of unity. Says an executive who was a part of the meeting with the minister (requesting anonymity),

“All key players are realizing the effect an association like RAI creates on the whole ecosystem. Most of us have our own different paths and strategies, but some issues are common to all and these could be addressed better as a group.”

Credible sources maintain that Flipkart’s arch rival, US based Amazon was not invited to the party.

In the meantime, Flipkart is all over the news for its revised commission rates. The company, while implementing rules on returns (10 day return, no returns on consumables, charging the customer for returns), has increased the amount it charges its sellers. This has irked online sellers and understandably so. The hashtag  #SellersQuitFlipkart ruled Twitter in the last week.

When their protests fell on deaf ears, sellers decided to stage an online ‘dharna’ by declaring all their products out of stock. However, according to Anil Goteti, the company’s head of marketplaces, the dharna has not really impacted anyone.

“From a seller perspective, the cost of doing business is going up. But we are working with (sellers) to improve their portfolio. There are a few sellers who are going to be impacted a lot and are unhappy. We are communicating with them,” he said.

Goteti said that a few sellers did take their products offline, but brought them back promptly.

In a move that resonates with insensitivity, Flipkart claims to have on boarded 3,000 new sellers to its fold. The company has announced a 50% discount on its warehouse services. Denying that there is a problem and claiming that everything is fine is not going to help.

According to Sanjay Thakur, spokesperson for ESellerSuraksha,

“Many sellers who were actively selling on Flipkart have now begun focusing on other platforms where commission fees are lower and policies friendlier.”

It seems that the weather is rough and rocky for the company with the recent turn of events. Morgan Stanley reduced Flipkart’s valuation for the second time in the year. In such an unpredictable situation, the company needs sellers to keep the ball running. Perhaps a more sensitive approach towards the sellers would help Flipkart get things on track?