Home  »  In The News  »  Fashion & Lifestyle will be top product category in Ecommerce 2020: Google Report

Indian online sellers get ready to rumble because the future of ecommerce has a whole load of change in store! The change you’ve witnessed so far was on a small scale. According to a report by Google and AT Kearney, titled “Digital Retail 2020: Rewriting the Rules”, a big wave of change is coming and it’s expected by 2020.

This was by far one of the largest consumer studies in Indian e-tail history. A total of 3,000+ consumers from 20 different cities were surveyed. The report also includes inferences from qualitative interaction with over 60 consumers and more than 15 online sellers. These interactions took place in the form of personal interviews and focus group discussions using the proprietary model.

The Digital Retail 2020 reports revealed that Indian ecommerce will rapidly evolve in the next 5 years. It states the following: 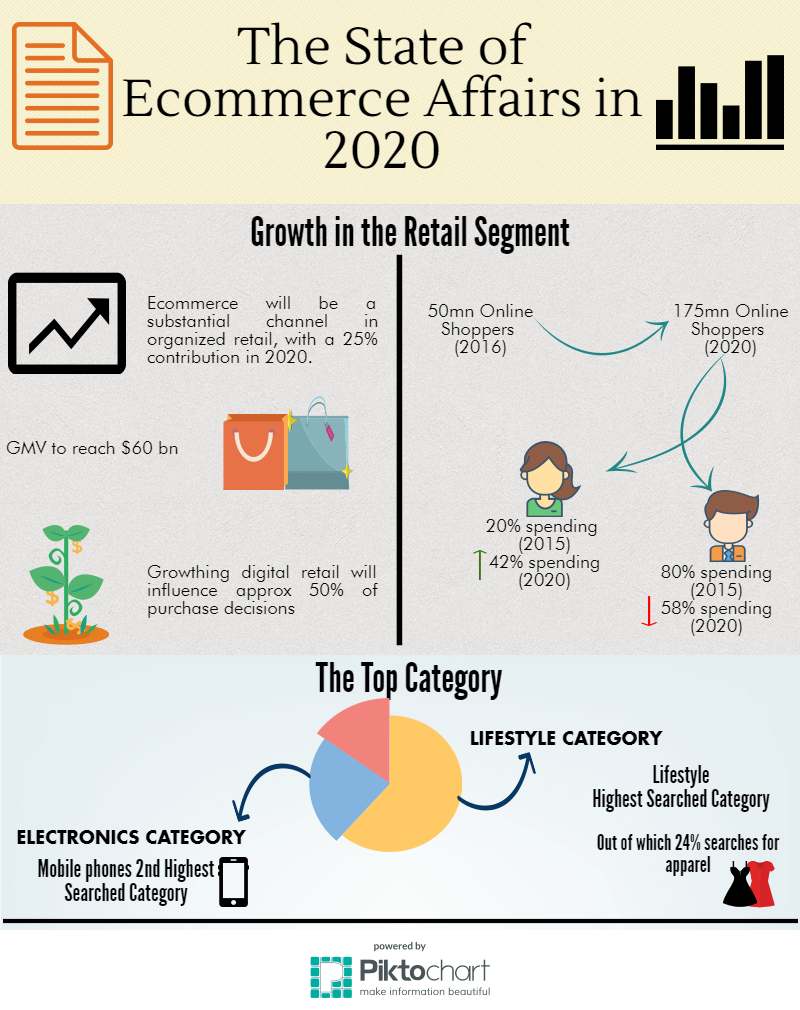 The Promise of the Future Could Ruin the Present

The attention the online lifestyle category is receiving appears quite promising. On the other hand, the electronics segment which took ecommerce to the top not so long ago, will deflate. The lifestyle and fashion category will contribute to an impressive 35% GMV in 2020.

In fact, the industry director at Google India, Nitin BavanKule, said (at the time of releasing the report), “Every second shopping search on Google today is fashion related. It is an indicator of the things to come over the next two to three years. Lifestyle and consumer electronics will continue to dominate e-tail spend. However, lifestyle will overtake consumer electronics as the largest category (35% and 20% of e-tail spend respectively by 2020).”

Those new to online retail are more likely to purchase lifestyle products first then move up to consumer electronics. As for existing consumers, they will end up spending more on lifestyle due to the availability of new designs.

Focus on the Female Demographic

With the rising interest in lifestyle category, naturally all eyes are on the female demographic and rightfully so! In 2020, women online shoppers will more than double their online shopping spends. The report states there will be a 5x growth in number by that time. One out of four women claimed, they would shop online more if:

COD is Here to Stay

Ecommerce trends suggest cashless transactions will cross cash on delivery (COD) by 2020, according to the report. In 2015, COD transactions were expected to reduce from 57% to 45%. By 2020, the mobile wallet share will rise to 15% from its mere 8% at present. Despite these trends, COD will still prevail, the report forecasts. This is because online consumers comprise of persons with low income, people without bank accounts and even people not entirely comfortable with online transactions.

Discounts Obsession Cured? But if not Discounts What’s Prompting sales?

Discounts have been an online retail epidemic since the very beginning. Online discounts became so popular that they became a unique selling point for marketplaces. But the after effects of stupendous discounting, well they are yet to be recovered from. Flipkart

Fortunately, according to the report from Google and AT Kearney, almost 90% of consumers look beyond heavy discounting, when shopping online. These Indian consumers also say they are willing to purchase different value adds like, extended warranty, hassle free returns and faster delivery. Value added services will be vital as ecommerce progresses. Myntra, Snapdeal and other etailers are making efforts to cut down their discounting.

46% of consumers in the study said they’d pay extra for faster delivery. 35% said they are willing to pay for extended warranties and 37% do not mind additional payments for hassle free returns.

The report highlights product assortment and convenience in ordering and delivery as the main reasons why people love online shopping and would forego discounts. 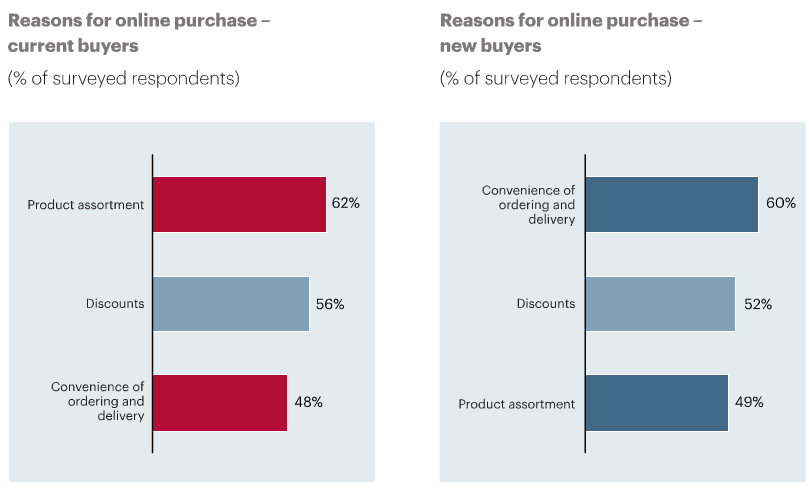 The Not so Rosy Picture

The managing director and vice president of Google – South East Asia and India, Rajan Anandan says, “Areas that will accelerate profitability include following a focused approach to drive a deeper engagement with 60 million high-value customers as they will drive 2/3 of the total spends.”

As more and more join the digital retail space the intensity of competition will only increase. Forcing some to move out or get innovative. Since discounts no longer make much of a difference means innovation is overdue!

Probably because the ecommerce industry is moving forward and it will continue to grow. That’s a given! However, we are yet to see long term profitability.

The future requires ecommerce change. The change expected over the course of 5 years is in the industry’s dynamics across all purchase categories and customer segments. Meaning etailers will have to give up old strategies and develop new avenues to survive impending changes.

Rajan Anandan stated, “The next 3 – 4 years are critical.”

Well if the Indian ecommerce is receiving more than a metaphorical facelift, we all need to keep our eyes peeled!

Previous Article It’s happening: Flipkart to be app-only from September!

Next Article Has the visibility of your eBay listings reduced?