Home  »  In The News • Marketplace Watch • Myntra  »  Myntra app spams its users! A marketing gimmick or a hack attack? 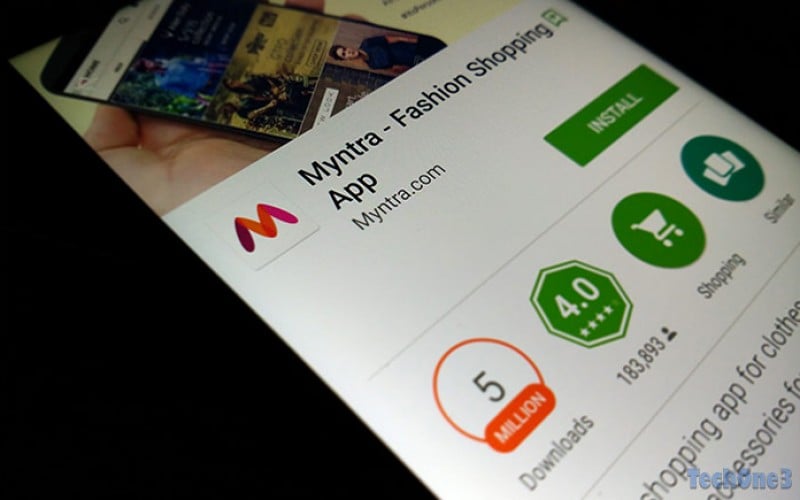 This Thursday, the Myntra app faced a monumental technical glitch. The fashion etailer’s mobile app spammed users with multiple notifications regarding the dispatch and delivery of products they had never even ordered!

Receiving 100 suspicious notifications about online purchases is strange; getting 5000 is just plain absurd!

These confusing notifications resulted in endless telephone calls to Myntra’s customer care, where all complaints were acknowledged by the same automated response, “It was a technical problem!”

Some were bold enough to return the favor, by tagging the online fashion portal in tweets and comments like these: Some even found a way to laugh at the situation: 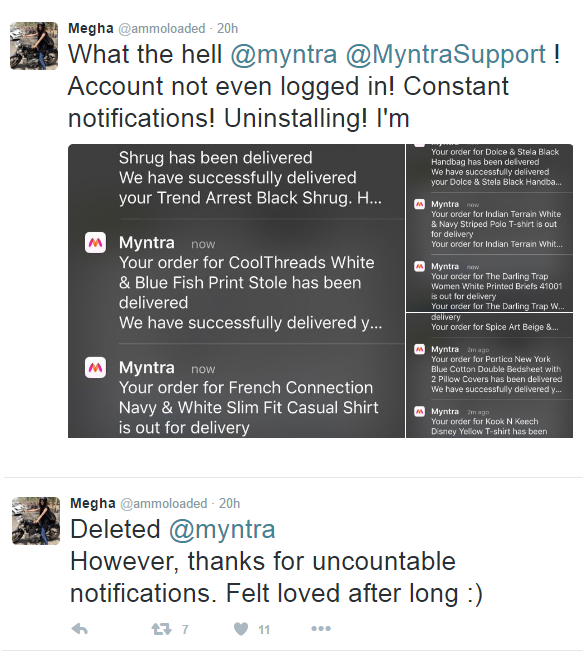 That’s not all through. Some Myntra app users even claimed to have received credits worth 4Lakhs from Myntra! Isn’t Myntra just the greatest?

However, not everyone was amused by the unwarranted spam attack from Myntra. Those annoyed with these notifications uninstalled the app and made sure the marketplace knew about it through social media.

What Caused the Spam Attack?

The flood of notifications may have stopped but it is still unclear at the moment as to what caused this “technical glitch”. The only explanation Myntra offered users was:

The etailer temporarily shut down the app to fix the problem, however they did not confirm whether the issue was completely taken care of.

Myntra recently revealed its plans to go back to desktop online retail. The top of the line online fashion portal also mentioned how it expects its website to bring a 15-20% increase in sales. Some believe this so called technical glitch was a calculated effort of the marketplace itself! Maybe it’s a marketing ploy or a hacker’s attempt at rattling the etailer, no one is sure.

We do know one thing though being bombed with spam is a nuisance Mayntra!

Previous Article Major Challenges Ahead For Ecommerce in India