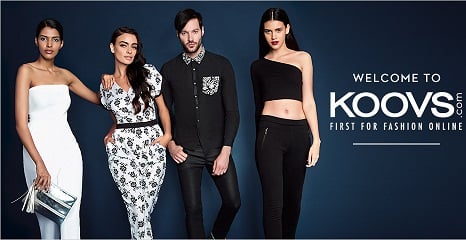 Koovs plc, the parent company of Koovs India has raised this money by issuing 87.6 million new shares priced at 25 pence/share (approximately Rs. 25). Existing investors Waheed Alli, the Nahata family and Michiniko are going to put in the maximum share. But new investors too will join in such as private investment firm Ruffer LLP.

Koovs’ CEO Mary Turner explained why investing in India is a wise move,

“India’s online fashion market is expected to increase five-fold by 2020, to £1.5 billion, and we have a clear strategy to accelerate Koovs’ growth in this market.”

The government’s decision to ease out FDI norms for ecommerce marketplaces helped Koovs to generate funds. But the company will have to be extra careful about the 25% sales cap. As of now, Koovs India is the biggest supplier on Koovs.com.

The parent company Koovs plc plans to utilize the fresh funds for:

If things continue to go well for Koovs then it may breakeven by 2019 as per its plan, thanks to the millions of funds being poured into the company. The fashion etailer’s last brand awareness campaign clicked with the buyers and its sales multiplied by three times.

With Jabong struggling as of now and Myntra as the sole competitor (in terms of pure online fashion players), will Koovs manage to scale up? Will the $32 million help the etailer to stay relevant and ahead of the competition?

In The News Author Shweta Singh Date May 3, 2016
Share On

Previous Article Jabong’s Sales Multiply, but Myntra Continues to be the Industry Leader!