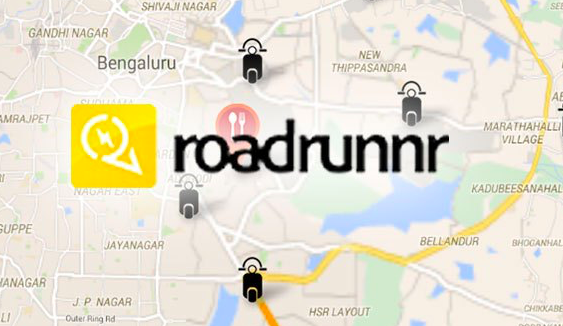 Roadrunnr seems to be facing a crisis. The start-up, which focuses on hyperlocal delivery, is considering dropping its service for ecommerce companies. The company is looking at focussing on a smaller range in grocery, food deliveries, first mile, and business to business.

Why this sudden u-turn? Lack of funds, says the grapevine.

“E-commerce deliveries were to be scaled up to 80% of the total deliveries, but with funding constraints, plans have been reset,” says a person familiar with the developments on condition of anonymity.

Roadrunnr is believed to have recently misplaced Myntra goods worth Rs. 30 lakh, and is said to have paid a fine to compensate. However, Roadrunnr has declined to comment on the issue, but clarified that it will be turning its attention to other forms of delivery. The company stated,

“We are not closing down e-commerce deliveries. We are doing bit of realignment around doing more first-mile than last-mile and due to this we are closing some localities and opening others that make more sense in terms of first mile.”

Roadrunnr is apparently doing its best to raise funds and cut costs. It has received funding from Sequoia Capital and Yuri Milner, a Russian investor in the past. It is said to have unsuccessfully approached investors including Milner’s DST Global to raise funds roughly worth $ 25 million.

The company has also tried to cut costs by cutting back on incentives and salary for its staff, something that has obviously not gone down well with its staff. The employees recently vandalised the company’s Bangalore office in a protest move.

“To make a business work at price points which merchants are willing to pay is very hard. There is still idle capacity, and that does not justify the amount of money you make and need to pay the delivery personnel. Initially, the hypothesis was that the businesses will be able to gain a scale where their costs will be lower, but they have not been able to do that.”

Perhaps Roadrunnr should run a little slower before it can take on a marathon.

In The News Author Sumangala Varun Date April 11, 2016
Share On

Next Article Are you set for the Valentine’s Day rush? 5 things to keep in mind!