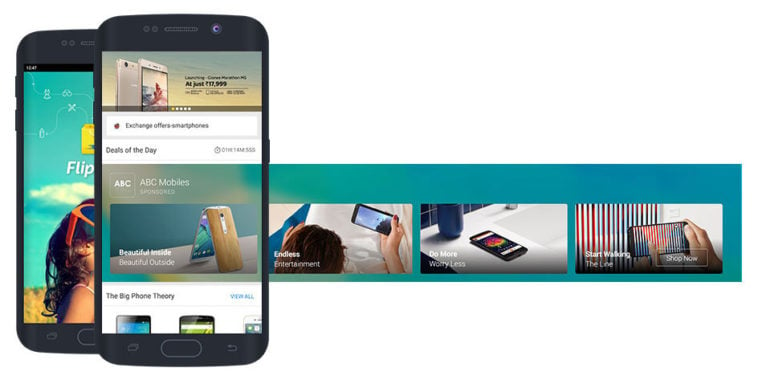 After ‘Brand Stores’, Flipkart is counting on ‘brand ads’ to drive its company’s growth. The etailer will feature big brands such as Microsoft and Samsung dominantly on its website as well as on mobile app. Besides giving prominence in search results, the etailer will also use data analytics and consumer behaviour reports to increase brand engagement with target consumers.

According to an executive, Flipkart aims to generate 70% of the advertising revenue from brands and the remaining 30% through Product Listing Ads (PLAs).

In March, it was reported that Flipkart clocked $1 million monthly revenue from paid ads in less than a year. CEO Binny Bansal had affirmed that its independent advertising arm is one of the important revenue pillars of the company.

Considering the high-growth trajectory of its advertising unit, the etailer plans to invest more funds and acquire companies to strengthen it.

“Given our current strategy, I see a fair bit of traction and revenues coming from brand ads, while PLA is very strategic to our advertisement business and we continue to stay invested.”

Besides Samsung and Microsoft, the marketplace leader has also tied up with other brands including Intex, Micromax, Maharaja Whiteline, Intel, Qualcomm, IFB, and Geetanjali Jewels.

“Alibaba has a very similar approach to advertisements and it is 66% of their revenue. Over time, it will also become significant for us.”

But will the advertising revenue be enough to beat its rival Amazon and Snapdeal? Not until its ad business doubles or triples on a yearly basis, according to industry experts. An industry watcher asserted,

“Their advertisement business is looking to grow two to three times year-on-year, but until it reaches $200-300 million it will not be able to add cash flows to fight Amazon.”

Flipkart In The News Marketplace Watch Author Shweta Singh Date May 18, 2016
Share On

Next Article Upgrading policies that govern ecommerce: Need of the hour!