Home  »  Amazon India • Flipkart • In The News • Marketplace Watch • Snapdeal  »  Amazon beats Snapdeal on the ecommerce leaderboard, but is it the leader yet? 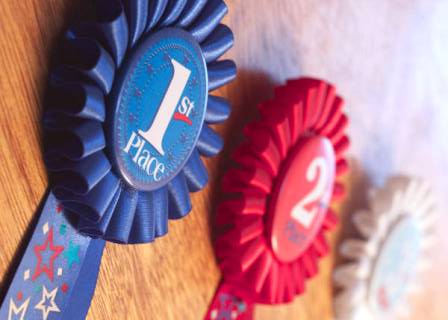 The latest score calculations put Amazon in Snapdeal’s second place. While Flipkart is still sitting pretty in its number one spot, but marketplace experts believe this will soon change. Amazon is picking up pace and stepping around Flipkart’s mistakes. Allowing them to catch up even faster! The industry estimates reveal that according to last month’s shipments Amazon is the country’s second largest online marketplace.

The Proof is in the Numbers!

Amazon was the only major online marketplace that saw an increase in its shipment share from a year ago. As per estimates from an investor tracking the logistics market and according to the chief executive officer of a logistics firm, handling online retail shipments:

Despite these figures, a recent estimate shows Flipkart and Snapdeal are ahead of Amazon India in terms of sales. However, a senior analyst at Forrester Research, Satish Meena said,

“Amazon is very rapidly taking market share from companies like Snapdeal and other smaller players. If there is no new entry, it will be a two-horse race (between Flipkart and Amazon) by the end of the year.”

“If Flipkart is not able to get its act together in the next 6-12 months, Amazon can overtake Flipkart also.”

US based financial service company, Morgan Stanley estimates Indian online retail (with food and grocery deliver) will be worth $119 in 2020. Big time etailers like Flipkart, Myntra and Snapdeal are dreaming of GMV growth but Amazon seems to think differently. Amazon has not disclosed any sales target like Flipkart’s $16 billion target from 2015.

Ad: Multiply your profits from marketplaces with Browntape!

The increase in Amazon’s market share is a sign that the multinational online marketplace could dominate Indian ecommerce some day. An average of 8-9 lakh products were shipped in a day in March 2016. Out of this figure, three-fourth shipments belonged to Flipkart, Amazon and Snapdeal. The next ranks belong to Shopclues and Paytm, indicate estimates.

Amazon is still aggressively investing in India, said Amazon India’s MD Amit Agarwal. The marketplace is committed to pump $2 billion into its branch in India. On the flipside marketplaces Snapdeal and Flipkart are being forced to cut down discounts and lavish spending. Out of the crores Amazon has infused into its Indian branch, a good portion of it is directed towards improving consumer’s shopping experience through delivery, after sales services and the introduction of a prime subscription program.

New ecommerce regulations from the Indian government have put a strain on marketplace activities. However, Amazon won’t let it get in the way. In fact, the marketplace wants to comply with the rule so its sellers can benefit along with its consumers.

Amazon vs. Flipkart – Who will be Victorious?

Back in February, Morgan Stanley reported, these market share estimates:

Despite this, investors and entrepreneurs predict 2016 will witness more intense rivalry between marketplaces Amazon and Flipkart. At the start Flipkart and Amazon competed in electronics like smartphones. It’s likely the two will soon go to battle against each other in the fashion category too. (Now that ecommerce mogul Flipkart has made great headway by acquiring Myntra.) Also Morgan Stanley says, fashion fetches a commission of 45-50% compared to the mere 2-7% derived from the sale of electronics.

“We have clear leadership of the online market in India with over 60% market share in three of the largest segments smartphones, fashion and electronics,” said a Flipkart spokeswoman. “Our focus will be to consolidate this leadership position by continuing to build world-class customer experience, innovate retail in India and build a technology powerhouse out of India.”

Flipkart’s CEO is using all the resources at his disposal to improve customer experience. The marketplace is currently working on its logistics unit for this very purpose. Satish Meena from Forrester Research says, the marketplace needs to regain the customer trust it had two years ago, if it wants to turn the tide.

“In 2015, we grew by more than 250% over 2014,” a spokeswoman for Amazon India said through email. “We are on a momentum to deliver similar levels of growth this year but on a much larger base.”

Snapdeal has a different plan

Snapdeal wants to monetize its existing users through diversification. The marketplace has either entered into or partnered with companies offering online services like payments, grocery delivery or travel booking.

“We already have more than 1 million users transacting across our platforms daily, which is more than Flipkart and Amazon put together,” said a spokesperson for Snapdeal.

Will the ecommerce war end once Amazon is crowned kings? Will Flipkart fight hard enough to stay put at the top? Indian ecommerce may have infinite opportunities, but is it big enough for more than one online marketplace to dominate? We’ll only know with time.