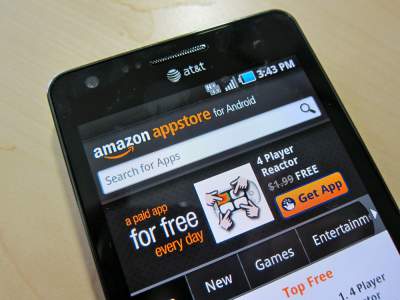 Until last week, all major ecommerce players like Paytm, Snapdeal and Flipkart had their own digital wallets except Amazon India. Although latest news report suggests that this status is all set to change as the US-based etailer is planning to launch an online payment wallet soon.

Acquisitions of wallet firms on the horizon

The news about Amazon’s plan comes just days after the ‘Flipkart Money’ announcement. The company is looking to achieve this goal by acquiring wallet companies, just like Snapdeal-Freecharge and Flipkart-FX Mart.

A source close to the development revealed, “looking at multiple acquisitions (in online payments). It is a major focus area and the company is trying to figure out what it needs to do.”

Talks with several online payment firms are on and it is believed that Amazon India’s wallet will come into existence after three months.

In February, Amazon had made it apparent that localized India-specific payment solutions feature in the company’s business goals and for the same it acquired Emvantage, a payment gateway company.

‘Localization’ is the keyword that Amazon’s team is focusing on to win Indian ecommerce market. Be it adopting local lingo in advertisements, thinking about payment solutions suited for Indian buyers or introducing tatkal seller service, the ecommerce leader swears by localized marketing strategy.

One such strategy that’s bearing fruit is customizing technology operations of Amazon App and introducing new features tailor-made for Indian shoppers. The company has given engineers full freedom & resources to modify its app and features.

Some of the key changes that were made to the Amazon App are:

Akshay Sahi, Amazon India’s Customer Experience Head shared, “We realized that our (previous) deals pages aren’t going to work in India, so we took over the deals pages and redesigned it completely, including some of the underlying technologies.”

He added, “In three months, we cut out the features that weren’t working, removed the bloat, cleaned the tech up and brought down the (weight of the app) to less than 9MB from more than 22MB. We are at 9.8MB right now.”

Result? Amazon India’s app downloads, user addition and retention rates scaled up. By simplifying the signing-up, payment process along with reducing app size, Amazon managed to reach out to a large number of buyers who had resisted downloading an app so far. Smart move by Amazon, as the share of Indian m-commerce is only going to increase with time.

Previous Article [Infographic] How to sell with ecommerce