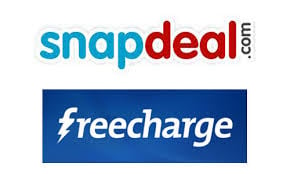 Touted as one of the biggest acquisitions in the Indian consumer Internet industry, Snapdeal declared acquiring and merging with Freecharge to the world on Wednesday, 8th April 2015. Tweets exchanged between both the online retailers took a rather romantic turn (very creative) when they confirmed their ‘Dil ki Deal’ on Twitter!

Impact of this Deal

The latest acquisition of Freecharge has made Snapdeal the biggest mobile-commerce (m-commerce) company in the country, with 40 million users. In an interview to The Economic Times, Kunal Bahl, Co-founder and CEO of Snapdeal said, “We want to target the new tsunami of users who are going to come on to the Internet. This (acquisition) improves our ability to acquire users at a significant velocity at a very low cost.”

While the official figure is not disclosed, sources believe that the deal’s value could be about Rs 2,500 crore. Even though Freecharge will now be identified as a venture completely owned by Snapdeal, the mobile recharge company will continue to function as an independent unit.

Snapdeal on an acquisition and expansion spree

In 2015, Snapdeal has acquired not one but five companies including Freecharge. Last month they purchased Unicommerce, an e-commerce management software firm. Excluding this, they acquired Exclusively.in and bought stake in GoJavas and Smartprix in the past few months keeping up with their expansion plans. They have made their intentions to triple their business this year loud and clear, without feeling the need to raise any more funds.

Speaking about the vision and driving factor behind these recent additions, Bahl said, “The age of monolithic e-commerce platforms is over; it is time to build an impactful digital commerce ecosystem in India, which is multi-dimensional. At Snapdeal, we are building an ecosystem that powers billions of digital commerce transactions in the country in the coming years.”

Outcome of this Merger and Acquisition

This M&A can help Snapdeal to achieve domination in the online retail industry. It couldn’t have come at the better time when shopping through mobile is on the rise. At present, approximately 75 per cent of Snapdeal’s orders are placed from mobile devices. The number is expected to reach 85 per cent by the end of this year.

Access to a large consumer database and expansion of target audience are just few of the positive outcomes of this business deal. Sellers on Snapdeal have now a much wider reach and potential for new product segments have cropped up. Emphasizing this very point, Bahl shared, “With so much FreeCharge data, Snapdeal can create better segments of users in order to target effectively. Also, the overlap between a FreeCharge and Snapdeal user is negligible because their target audience is 15-25 years, while ours is 25-35 years.”

Their estimated combined strength accounts to ‘a million mobile transactions a day, 40 million users and 30 million mobile application (app) downloads’. Things are looking up for Snapdeal!