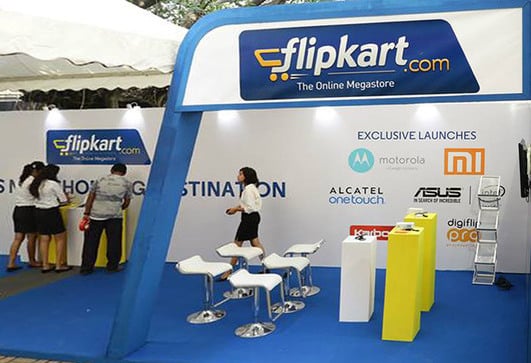 India’s ecommerce leader, Flipkart has analysed behavioural data of nearly 50 million consumers on its platform. This FlipTrends study which assessed the period from 1st January 2015 to 14th December 2015, has drawn up some insightful statistics. For example, it found that 69% of of its customers are men. Get the gist of the Flipkart study below:

Flipkart has tied up with Spice Hotspot to display its mobile phones in the mobile retailers wide network of bricks and mortar stores. This omni-channel approach will ensure that the Mobile phone category can stay top of the stack, especially if Flipkart can create more exclusive tie-ups. Flipkart which started off as an online bookshop in 2007, still sells a ton of books judging by the above 3rd placed ranking, although recently it has discontinued its e-book section. It will be interesting to see which other categories are expanded or winded down in 2016, based on its analytical data.

In September, Flipkart had released a detailed forecast for the upcoming fashion season based on in-house analytics, which seems to have done the trick for its sellers in helping them to select the in-demand apparel for both men and women.

While Tier 1 cities are proving to be extremely fruitful for Flipkart, be sure to see the online marketplace venture much further a field into tier 2 and tier 3 cities next year. Its competitor, Snapdeal recently launched its platform in 11 regional languages and this may be an option for Flipkart in the near future, to enhance localisation.

The last couple of months would have influenced this study immensely, on the basis that Flipkart conducted its increasingly popular Billion Bilion Days sale. After the debacle of last years festive sale, the online marketplace would have been mightily relieved to have seen this one carried through without too many hitches, especially since it took the option to go app-only.