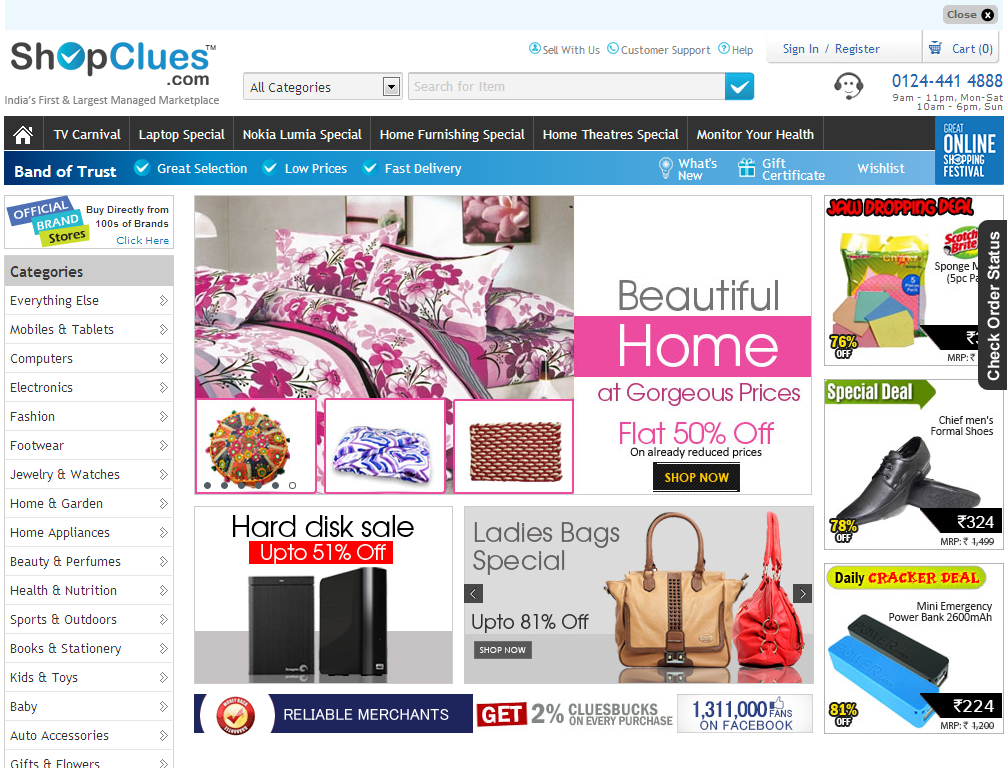 Snapdeal’s Capital Assist programme has helped its vendors secure financial loans, while Amazon has provided a whole host of programmes for its sellers, including incentives. Flipkart has started F1 stop to create a network of sellers, while Paytm launched the Go Big portal.

ShopClues has instead launched a talent hunt styled competition called ‘Next Big E-Preneur’ where it hopes to promote innovative sellers on its portal. It is understood that five business ideas will be selected over the next two months, where the sellers will get a a share of the Rs. 1 crore that has been sanctioned for this particular exercise.

“The idea was to fund innovation by merchants, such as in hyperlocal delivery, new category creation and innovation in payments, which was shared with us during routine meetings with sellers,” said Sanjay Sethi, CEO of ShopClues.

Ad: Multiply your sales on Shopclues, tie up with Browntape!

ShopClues is looking to become the fourth ecommerce marketplace in the country to reach a Gross Merchandise Value of 1 Billion dollars, after Flipkart, Snapdeal and Amazon India achieved the milestone. It also aims to become the first one to break-even next year.

The company is looking to tap Tier 2 and Tier 3 cities in order to grow. It currently services 30,000 postal codes and also has received seven times more traffic on its portal than at the same time last year. It is doing well in the home, kitchen and lifestyle categories and also electronics, by releasing the latest products at a discount.

“We will look at initiatives to increase merchant loyalty and stickiness to the platform and services to increase digital engagement with SMEs (small and medium enterprises) we work with,” said Radhika Aggarwal, CBO of ShopClues.

ShopClues currently makes around Rs.10 in gross profit for every Rs. 100 in sales. With logistical issues to overcome, at least a quarter of money goes into delivery, while wages and office space also come at a premium. ShopClues is now looking for a price-point model to reach the masses and is working within its limitations.

So there you have it. While the future seems rosy for ShopClues as it chases the magical $1 billion GMV figure, by carrying out activities such as incentivising sellers, there are still also many hurdles to overcome.