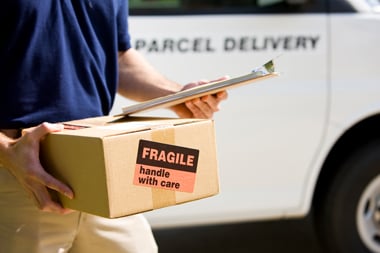 Instances of customer order thefts in ecommerce will fascinate only a few people. These particular unwanted happenings have prompted third-party and in-house logistics of online marketplaces like Paytm and Firstcry to tighten the security process up to curb the incidents, especially during the impending festival season.

Spending high on security, starting from upgrading the tracking system to incorporating IT processes and minimizing human interface, has been the theme of the move with the emphasis given on automation by the big players in the logistics ecosystem.

From being robbed at gunpoint and appointed logistics warehouse personnel shipping high-end electronic gadgets and smartphones to themselves, to customers being sent packages bearing bricks instead of their ordered products, the logistics business have seen plenty of these in the past. All these have prompted the logistics companies to gear up and tighten the security systems to curb all these mishaps in future.

The fact has resonated in the voice of Shobhit Jain, the business head for express services at GoJavas which is the authorized third party order processor of marketplaces like Snapdeal and Jabong, who asserted that the company have tripled the security budget over the past financial year and proactively employed manpower to safeguard the order shipments especially on specific routes to minimise pilferage.

According to the Vice-President of business at Paytm, Mr. Saurabh Vashishtha, the online marketplace Paytm is emphasizing on the quality checks at the time of packaging and shipping the high-value orders through fulfilment centres as most of these high-value shipments are insured against in-transit damages or losses. For any such unaccounted package, the courier track-partner either pays the amount equivalent to the value of the damaged/lost package or produces a COF (certificate of fact) that can be produced to recover the amount through insurance claiming.

According to Mr. Manish Saigal, managing director of the global professional services firm Alvarez & Marsal, some of the ecommerce players like babycare etailer Firstcry, which utilises its in-house logistics XpressBees to deliver orders, are increasingly inclining on surface transport instead of air shipments and introducing checks at railway hubs and booking dedicated space in linehaul carriers to meet in-time delivery obligations and also increasing their reach to the tier-2 cities.

Special measures for the festive rush

To cope with the order rush in the festive season, the logistics go on a temporary recruitment spree. According to Supam Maheshwari, the founder of Firstcry, this unsecured move, in particular, has resulted in plenty of pilferage in the past, especially of electronic goods, in the festive season. The company has relied more on automated processes, cameras and scanners to minimize human intervention in the delivery channel. Also, extensive training programmes have been put in place for skill and moral development of freshly hired operations and delivery personnel ahead of the imminent festive rush season.

The results of the implementation of the above mentioned approaches have been prominent in the past few months with online marketplace Paytm reporting a significant decrease in overall pilferage rate to 0.5-1%. Mr. Saigal also resonated similar facts, highlighting net average decrease in pilferage to 1-2% for logistics players over the last two years with the well managed ones cutting down the same to 0.5%.

While the large players in the system are enroute to solving the problem, the smaller merchants are finding it difficult owing to their limited capital to invest big on logistics and thus have to rely on local players. According to Lipjo Joseph, the cofounder of cloud platform Shipdesk, the franchisee model courier companies which work for bulk order processing of SMEs and small online marketplaces like ZingoHub and Freecart, don’t have outlets with scanners and the data entry also is done 6-8 hours after the package is collected for delivery, which leaves an ample time for pilferage.

After the positive responses from the implemented security set-ups in general, logistics are boosted up with the reduction in pilferage in past months. But with the festive season fast approaching and most of the pilferage being reported in the first- and last-mile of the delivery and from the cargo shipment over the long distances, it only remains to be seen how the measures in place shape up in dealing with the actual big task in the festive rush hours.

Next Article How to save up on Logistics Costs