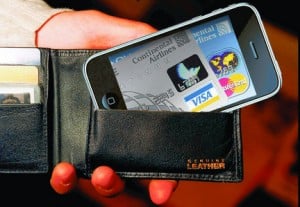 The fact that there is a segment of Indians who do not have bank accounts but have mobiles cannot be ignored. Service providers can tap this potential target market, which is swelling by the day. It might seem as though mobile wallets will phase out debit and credit cards in a few years.

Mobile wallet – what is it all about?

Transactions have come a long way since the ancient barter system. Gold and copper coins became the earliest known forms of money. Over time, paper money took the place of bulky coins. Bank cheques replaced currency notes, and plastic money (credit and debit cards) replaced cheques (to an extent). Now, people can step out of their homes with little more than their mobile in hand, with mobile money gaining popularity.

A mobile wallet is a platform that enables the user to carry out monetary transactions. It is just like a physical wallet, where the user can store money, and transfer it for buying tickets, paying bills, transferring money to bank accounts, and so on. The best thing is a mobile wallet is free and there are no charges on any transactions.

There are four basic types of mobile wallets:

Popular mobile wallet providers include Paytm, MobiKwik, and telecom companies like Vodafone m-pesa, Airtel money, and Tata mRupee. The target audience is young India. This is a reasonable thought, given that majority of youth owns the latest smartphone.

Users find their lives getting easier with an app on their mobile. Even for the uneducated, a few turns on their mobile makes transferring money much simpler than the traditional money orders or bank transfers. Users can also pay their utility bills like gas, landline, and electricity though some mobile wallets.

However, this story on the Financial Express says that it is more expensive when compared to other money transfer options like bank NEFT.

One of the top names in the mobile wallet industry is Paytm. The mobile wallet, launched by One97, began operation in 2009-10, according to the company’s website. Paytm’s growth has been steady, with investors, customers, and other businesses putting their trust on it.

Oxygen wallet is a semi closed wallet, through which users can transfer money, pay bills shop online and recharge mobiles.

MobiKwik is another semi closed wallet. It allows users to recharge their mobiles, pay bills, and shop.

Citrus pay, likewise, is an app that allows users to pay bills, recharge their mobiles, transfer money, and shop.

Mobile wallets will take over the commercial world by storm, according to this observation by Live Mint. It says that the sky is the limit as far as mobile wallets are concerned. It is possible that pretty much all activities, including paying for travel, petrol, etc. can be done through mobile wallets in the future.

Buyers who shop online using mobile wallets also get offers, paybacks, rewards and discounts. Apart from that, it offers users the ease of carrying out multiple transactions through a single platform. As of now, cash on delivery is the preferred mode of payment for most shoppers. Will mobile wallets inch their way to this spot? Maybe.

Will mobile wallets catch on?

There is no doubt that mobile wallets are the next big thing. However, there are some questions that need to be raised. Will mobile wallets knock out its competition? The chances are quite high, given the statistics and the numbers. However, despite having RBI regulations, would privately-run applications be able to oust established institutions like banks and legacy organisations like post offices?

The prospects are bright, and industry experts are of the opinion that there is good scope for expansion.

Previous Article [Seller interview] “The trick is to do calculated selling on marketplaces!” Seller Mayank shares some secrets

Next Article End to Paytm as we know it? Separation in the cards?