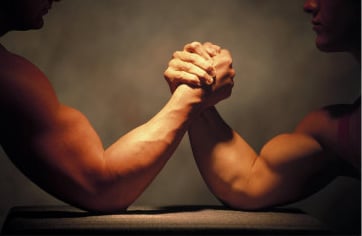 Chinese products entering any market is equated to competition getting tougher. What started off as small items led to mobile phones and last week we heard about Chinese products going to be sold via the online space in India soon. And as if that weren’t enough, Chinese sellers are set to sell in India through Paytm.

Amazon’s Jeff Bezos has always focused on customer and Amazon has always been very customer centric. Despite the growth and size of the company, their customer service in terms of pricing, delivery and customer support has been impeccable.

Alibaba’s Jack Ma thinks slightly different, as indicated in their IPO prospectus, ““Our proposition is simple: we want to help small businesses grow by solving their problems through Internet technology. We fight for the little guy. Since our founding in 1999, we have helped millions of small businesses to achieve a brighter future.”

Here’s an infographic spelling out the differences between the ecommerce giants. Who will win the Alibaba Vs Amazon war?

This infographic was published in September 2014.