When it comes to etail marketplaces, online fashion, home décor, jewellery, or ethnic Indian fashion wear, there are clear leaders. But there is no PAN India leader in the e-grocery market. This is how fragmented and unorganized online grocery is. The plus side of which is that there is ample of space for innovations and fresh players. No wonder why in the last 4 years this sector has evolved.

Last year we explored the potential of online grocery shopping in India in this feature. We questioned its sustainability and discussed key challenges. Quite a few things have changed since then such as:

The market is growing 25-30 per cent annually in major cities. Groceries have always been region/locality specific, especially fresh produce or the ones with shorter shelf life. The idea of online grocery shopping is still popular only in urban cities.

Therefore, in today’s times, success in this segment is gauged by the company’s performance in metropolitan cities. So while the abovementioned table has popular names, there are many niche startups which are doing well within a small city. More so there are over 100 online grocery stores spread across India.

Let’s take a look at how rich the online grocery market is in India. Recent inflow of funds from national & global investors in 2015:

The current darling is Indian Mobile Commerce. Mobile Internet users in India are set to reach 213 million by June and will cross 480 million by 2017. This has resulted in ecommerce businesses to develop apps and focus their operations on mobile platform including e-grocery. In the last year and half, many inventive ventures in online grocery came into existence. Grofers and Peppertap being the most prominent ones thanks to the 57 million USD (INR 363 crore) they raised collectively!

IndianOnlineSeller had a chat with Grofers’ and Peppertap’s founders to understand what’s driving their rise in online grocery. Hyper-local delivery service, Grofers was launched in September 2013. Less than two years old, the on-demand app based store connects with local merchants to deliver across Delhi, Gurgaon, Noida, Mumbai, Pune and Bangalore within 90 minutes. Founders Saurabh Kumar & Albinder Dhindsa shared with IOS that they started with single digit orders. But now receive 1000-2000 orders per day and their number of orders is growing 4-5 times every month.

When asked what prompted Grofers to take a leap in the e-grocery market despite of many existing players, the founders said, “Grofers operates on a marketplace model, connecting customers to local merchants. Existing e-grocery players when Grofers started work on an inventory model cutting out the local merchants. Grofers, also covers more than grocery – bakery items, flowers, cosmetics, baby care, pet care, etc.”

We were curious to know how they manage to deliver within 90 minutes. They revealed, “Grofers has multiple stations/hubs across every city that receive customer orders, procure the items locally and deliver – all within 90 minutes.” 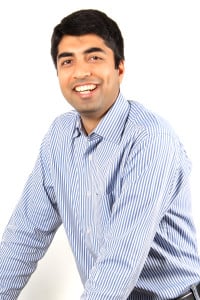 Another on-demand grocery delivery service platform, Peppertap was launched in November 2014 and delivers in 2 hours. We asked Navneet Singh, CEO PepperTap, how the company managed to get investors’ attention. He said there are two things that attracted investors:

Speaking about Peppertap’s growth rate since inception, Singh said, “We were lucky to get our first order on the day of our android app going live. This was in November 2014 when we had a headcount of about 20 employees.”

When asked what’s the biggest challenge, CEO of Peppertap said, “The hurdles to achieving breakaway speed are vast. Poor quality of systems, getting product data from the target retail stores, regulated MRP (maximum retail price) which limits margins, and technophobic delivery staff are among the challenges PepperTap faces, but we are gradually easing our way out with these challenges.”

Each city has multiple online grocery platforms, which is why it is difficult to pull out the top 10 list. Supply chain is a difficult issue and thus only one city at a time can be dealt with. Sample this: even the online grocery leader Big Basket is present only in 5 cities. And there are over 1600 cities and towns in India!

Which is why right from Paytm, Ola, Flipkart, Amazon to Tata Group, everyone is moving in fast to capture their share in this expanding market. Needless to say there is a long way to go and the industry is still at its nascent stage, which means plenty of room for everyone.