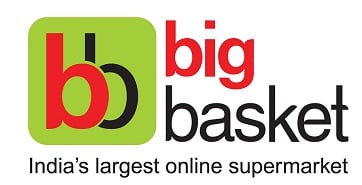 Digital payments major Paytm may join forces with its investor Alibaba to pick up a minority stake in online grocery retailer BigBasket for about USD 200 million, according to sources. The companies are holding preliminary talks and may take a call on the matter in the next few weeks, sources privy to the development said. They did not wish to be identified as discussions are still on and the deal has not been signed yet. When contacted Paytm declined to comment, while BigBasket did not respond to emailed queries. Alibaba spokesperson said the company doesn’t comment on market speculation. Investing in BigBasket would help Paytm in further strengthening its play in the e-commerce space. For Alibaba, it would add more muscle to take on US-based rival Amazon.

One of the persons familiar with the development said BigBasket is looking at raising money to fund its expansion plans. BigBasket has raised over USD 200 million from investors including Abraaj Group, Bessemer Venture Partners, Growthstory, Helion Venture Partners, IFC and Sands Capital. With people becoming comfortable buying even milk and bread online, online grocery segment is projected to witness a strong growth over the next few years. According to a report by Franchise India, the online grocery market is expected to be Rs 2.7 billion market by 2018-19.

Grocery delivery is a cash-intensive business as players operate on wafer-thin margins and often end up losing money on delivery. Players like Snapdeal-backed PepperTap has already shut shop. However, the action is set to return with Amazon USD 500 -million FDI proposal getting approved.

Paytm Mall looking to acquire a piece of BigB...