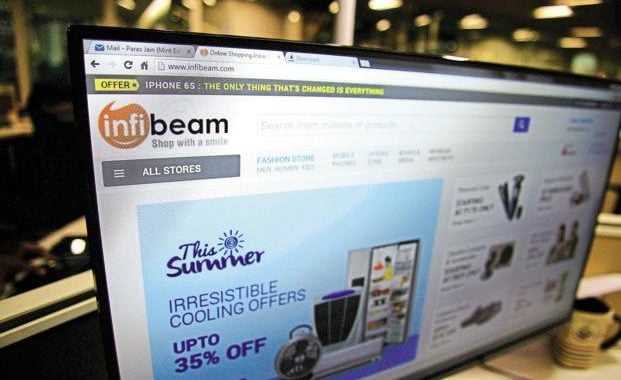 Profitability is possible in online retail and Infibeam is making a lot these days. The etailer’s parent company Infibeam Incorporation Ltd. managed net profits of Rs.13.6 crore for the final quarter that ended on 31 March 2017. Profits were 489% higher compared to the Rs.2.3 crore at the same time last year.

That was a 396% leap in net consolidated profits.

Infibeam made revenue of Rs.441.3 crore, for the last financial year which is a 31% jump from its Rs.337 crore revenue during the previous year.

This was a 56% rise in revenue from the previous year.

The revenues for products rose by 20% as a result.

Total ecommerce revenues for the full year increased by 20% compared to the previous year.

In a statement, Infibeam said, “The company has demonstrated its ability to turn the service segment (Infibeam web services) and the product segment (Infibeam e-retail platform) profitable while recording a consistent growth. The firm believes that an entry into international regions is positive as realisations in foreign markets are much higher.”

The firm has approved Rs.60 crore as an investment to obtain 3.85% of stake in digital payment gateway CCAvenue, held by NSI Infinium Global its wholly-owned subsidiary. This move will make Infibeam’s total investment in CCAvenue Rs.210 crore. In turn, it will increase its ownership of the payment gateway by 11.35%. Infibeam has also taken over DRC Systems Pvt. Ltd., a software development company based in Ahmedabad, through NSI Infinium.

Regarding the payment gateway, Infibeam said, after the stake purchase, it will merge with CCAvenue, which is run by Avenues India Pvt. Ltd.

The company stated, “The merger of CCAvenue with Infibeam will be highly cash and profit accretive and will result in high growth supported by the combined strength of more than 100,000 merchants.”

“This investment would be helpful in increasing the cross-border ecommerce business transactions and making the remittance business cash free through fin-tech solutions,” said the company.

The company has not lost sight of its online retail though. It plans to onboard more sellers through SMEs in Gujarat. The etailer is investing in logistic too. And, maybe once it gets its own payment gateway it will get on the same page as the rest of its rivals.

Next Article High-value shoppers prefer Flipkart over Amazon; but would Bezos win eventually?