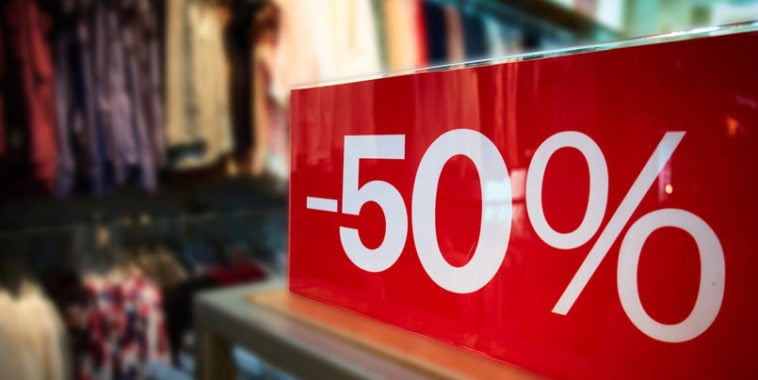 Oh, how the times have changed! Vendors that used to detest selling their products on discounted rates are now urging ecommerce companies to host sale events. The reason for this change of heart is the fear of impending Goods and Services Tax (GST).

Festive cheer for buyers, not sellers

Indian vendors are trying to clear off their existing stock before GST is implemented on July 1st. Ecommerce biggies Flipkart and Amazon would be hosting discount sale events to assist sellers in liquidating their stock.

While buyers would benefit from the festive-like discounts during the non-festive period, sellers have made peace with incurring losses.

Shedding light on the current situation, Sanjay Thakur, president of e-Seller Suraksha stated, “There is no question of selling online or offline, it’s the same story everywhere. No one is buying inventory and some are even selling their existing inventory at a loss. This is happening across industries and across categories.”

What’s up for grabs?

In general, the discount percentage for white goods falls between 10-15%. But etailers are now offering 20—40% discounts on home appliances such as washing machines, television-sets, refrigerators, and air-conditioners. Big electronic brands are also showering gifts, extended warranty and other goodies on customers.

“It’s almost a mid-year Diwali for consumers in June, as most retailers will be doling out huge discounts to clear inventory before GST is rolled out. Retailers want to liquidate their entire stock as they cannot bear the load of the remaining 40 per cent central GST which will not be credited to them on unsold inventory,” affirmed Pulkit Baid, Director of Great Eastern.

As per retailers, vendors could lose around 6% on unsold stock bought before May and 14% on goods bought a year back. However, the tax credit limit set by the GST council would bring some respite to retailers.

The tax credit is as follows:

But sellers still prefer to clear old stock by offering discounts rather than claiming tax credit. Why? Compliance seems to be the biggest issue for vendors.

Cleartax’s CEO Archit Gupta explained, “Despite the availability of input tax credit, it makes sense for sellers to offer discounts and clear their stock due to compliance burden if they carried the stock into July. To get input tax credit on the excise paid, the seller would have to identify the eligible stock and gather all the relevant documents to apply for input tax credit under GST. It could turn out to be extremely cumbersome for many sellers.”

For sellers, it’s a 3-4 months waiting period for festive cheer

Seller lobby groups believe that post-GST, it would take at least 3-4 months for things to normalize. Online marketplaces like Snapdeal, Amazon, Flipkart and Shopclues have already started work on getting their respective platforms GST-ready. But training sellers and understanding the GST guidelines would take at least a couple of months.

“We are expecting it to take at least a quarter for vendors to get used to the new rules under GST. There are many roadblocks which need to be removed and that will happen only after implementation. We don’t expect orders to become normal until the Diwali period,” said Thakur.