Home  »  Flipkart • In The News • Marketplace Watch • Snapdeal  »  Flipkart-Snapdeal merger delayed? Investors still not on board with the deal 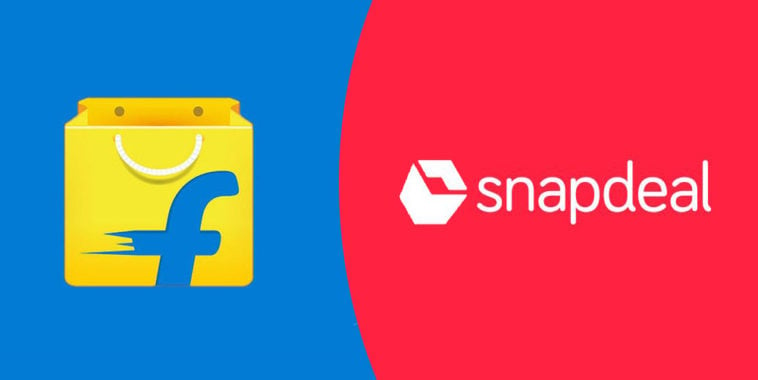 Snapdeal is having a tough time keeping up with the ecommerce leaders in the country. The etailer has tried hard to make things work, but when compared to its competition it comes off short in multiple key areas. Trouble at Snapdeal is prominent. Its sellers have complained about withheld payments and obscure accounting. This makes most suspect that the etailer is in some kind of financial trouble.

To prevent the company from crashing completely and avoid losing its investments, Softbank, Snapdeal’s biggest backer is looking to consolidate the company with Flipkart, the top dog of Indian online retail. Flipkart is motivated to acquire its rival Snapdeal to increase its ecommerce strength in the country and keep Amazon from taking its place.

Amazon lost out to Softbank backed Alibaba in China and doesn’t want the same to reoccur with Flipkart in India. The foreign etailer has deep pockets and years of experience on its side. Merging forces with Snapdeal will give Flipkart more market share and popularity in the country. And, with Flipkart on its side, Snapdeal has one less competitor to deal with. Plus, it can gain assistance from Flipkart to grow and survive in the ecommerce industry.

What’s slowing the progress of a deal?

If Flipkart and Snapdeal will work out so well together, why haven’t they merged yet? According to sources with knowledge of the merger stated that the acquisition is going to happen soon. All that’s required at this time is the support of investors, like –

Several investors are yet to give the go-ahead on this merger deal. Currently, it is unknown as to how big a hurdle this is to the Snapdeal-Flipkart merger. But, not all investors are prepared to agree with the proposed acquisition. This is a main cause for the delayed merger, mentioned people familiar with the situation.

Softbank managed to persuade Nexus Venture Partners to support the likely merger. Kalaari Capital and the founders agreed to the idea which requires Snapdeal to be devalued from $6.5 billion to $1 billion, said sources on request of anonymity. A non-binding preliminary agreement was reached by the parties, given the required steps are completed in a few weeks.

The investor Softbank will benefit big time from the Flipkart-Snapdeal merger. It owns one-third of Snapdeal’s parent company, Jasper Infotech Pvt. Ltd. It could also infuse $500 million as equity into Flipkart to sweeten the deal. This will give Flipkart more firepower in addition to its $1.4 billion funding and eBay acquisition. With the strength of all its acquisitions plus Snapdeal, Flipkart has more resources to defend its ecommerce title. This is the biggest reason why the etailer won’t let this merger deal fail.

Next Article Amazon sale extended, but are its discount genuine?