Home  »  In The News • Marketplace Watch • Snapdeal  »  Loss of financial records has Snapdeal sellers hassled & the etailer in hot water? 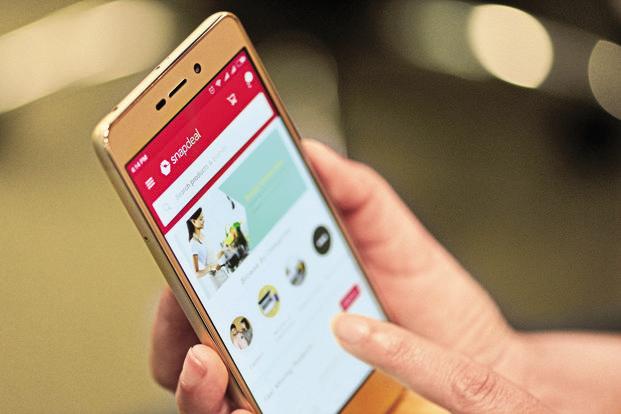 Snapdeal has been lagging in third place for a long time now and things only seem to be getting worse for the etailer. The company CEO, Kunal Bahl last year said that Snapdeal was 2-3 years away from making profits. But, experts believe only one domestic player will survive and many have their money on Flipkart. Up till February, we heard about Snapdeal confidence in its capacity to make profits. Now, it appears the etailer’s troubles are everyone’s focus.

Snapdeal going off the rails

By November last year, Snapdeal began focusing on funding and cost-cutting. The etailer raised seller fees and was allegedly withholding seller payments. Recent reports revealed that the ecommerce company was in legal trouble for cheating sellers.

Financial discrepancies are the latest of its problems to come to light. The trouble Snapdeal and its online sellers are facing are the result of no proper bookkeeping and the absence of a sound system for recording finances.

On the condition of anonymity, several persons and ex-executives from the company stated that many seller disputes were caused due to data discrepancies in the seller management function, this included data loss and technical bugs in the system.

“POD (proof of delivery) data of more than three months are not available. It is a grey area.”

How bad does this problem get?

“The seller panel shows negative amounts, in lakhs and crores, but Snapdeal has not been able to come up with accurate data in a clear format. Only once this is done can there be any reconciliation between sellers and Snapdeal,” said a person with direct knowledge of the payment issue.

According to him, the discrepancy problems at Snapdeal have been continued for more than a year and have affected just about every online seller on the platform.

The person further mentioned, “Besides, there are issues like payment-order mismatch, several instances of the same order ID, and several cases of inventory leakage.”

Ex-Snapdeal senior executives feel that the loss of data may have started from 2014-15. These kinds of mistakes by the ecommerce start-up, which claimed to tackle the traditional retail problems with technology, have confused and unsettled stakeholders.

Online apparel seller, Rajdhani Cotton filed a police complaint against Snapdeal for non-payment after a long dispute about transaction data.

“During our meetings to resolve the dispute, Snapdeal representatives kept telling us that they did not have the data, and asked us to present ours. Many other sellers have faced similar problems but they are just waiting to see how this pans out,” Rajat Gupta of Rajdhani Cotton recounts.

According to the petition filed with the Delhi police commissioner, Snapdeal via an email (dated 21/09/15) sought to mislead the seller.

“…by relying upon purported account books which are not in its possession, therefore clearly, the accused company has forged the instant documents that it seeks to reply upon.”

Not a one-off incident

The All India Online Vendors Association (AIOVA) a lobby group of 2,000 online sellers claim that the issue Rajdhani Cotton is facing with Snapdeal is not a new problem.

The group’s spokesperson said, “Such an accusation is not a one-off incident. We have accumulated similar data from our members where due to data and technical problems, more than Rs 1.5 crore of over 100 members is due at Snapdeal.”

“All cases have been duly flagged by the sellers. But due to Snapdeal’s inefficient systems, they are forced to take legal remedy,” the spokesperson further stated.

How is Snapdeal handling the issue?

Two sources from those cited above mentioned that continuous rearranging of staff in key areas like tech, seller management and the supply chain made matters worse. Snapdeal is attempting to address the problem but has not seen any success. It may also engage with a couple of technology vendors to fix these problems.

With regards to data loss, “Snapdeal categorically refutes claims of any data loss as misleading and malicious. Our systems are extremely robust and we maintain our books of accounts in line with the best standards in the industry; audited by reputed third party firms,” Snapdeal informed IOS.

However, it did reply to questions about AIOVA’s charges of pending payment.

The online marketplace said, “All seller disputes are managed in accordance with seller policies and contractual agreements. In case of any concerns flagged by the seller, ample opportunity is given to the seller concerned to provide any additional information or documents in support of their claim.”

The charges by Rajdhani Cotton, on the other hand, were dismissed by Snapdeal.

The ecommerce platform responded to it with, “Claims raised by Rajdhani Cotton are frivolous and will be dealt with as per contractual provisions and legal process. Despite multiple opportunities, the complainant has been unable/ unwilling to produce documents in support of the amount claimed by it.”

Snapdeal may be up for grabs and Flipkart is ready to claim it. Flipkart is likely to value the company for less than sixth of its $6.5 billion valuation. The impact of payment data disappearances is yet to be ascertained.

However, according to a former senior Snapdeal executive, “These issues are quite common in e-commerce and all companies face them. Issues at Snapdeal have now become sensational because of the sale talks.”

Payment mess-ups are certainly not uncommon in ecommerce. But, does this mean they supposed to continue happening? Sellers, how do you plan on responding?

Previous Article How safe is our inventory in your warehouse, FBA sellers ask Amazon

Next Article Could Flipkart-Snapdeal, Paytm-Frecharge merger be game changer for Indian ecommerce?