Myntra to shut down 2 offices & move in with Jabong for convenience; Meanwhile EORS pick up as predicted 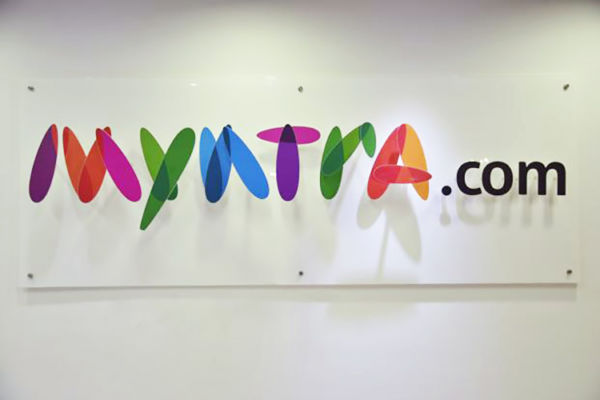 Myntra is presently in the midst of its End of Reason Sale. The etailer has joined forces with its online fashion acquisition Jabong to boost sales and traffic. But that’s not all the ecommerce fashion portal will be sharing with Jabong.

Recently, Myntra decided to close two of its offices in Gurgaon located on MG Road at Iffco Chowk and Udyog Vihar. The 200 employees from these offices will be relocated to Jabong’s business premises. According to Ananth Narayanan, the Chief Executive at Myntra, the staff working on cataloguing and building international bands will all be moved to Jabong’s Sector 18 building on an empty floor.

The two etailers will share a building with another ecommerce company. The food order startup FoodPanda resides in the Sector 18 building.

Reports claim that the present offices are smaller in comparison and Myntra plans on combining them so they can be managed under one roof.

Myntra acquired Jabong earlier this year and with Flipkart they control 70% of online fashion retail. The results have been fruitful so far with Jabong’s 50% increase in profits.

In an interview in November, Narayanan stated, “We are going to push for both and we are to look to for EBITDA profitability together.”

Both Myntra and Jabong joined revenues for faster growth in a short amount of time. Now, the two companies are hosting EORS together in the hopes to acquire better prospects for their businesses.

EORS picked up due to preview sale

After just a day into its EORS sale and Myntra managed to break records. Within the first five minutes of the sale, the online portal recorded 10 crores in revenue.

In a span of 4 hours, 11 lakh customers with VIP access to the sale placed 2.5 lakh orders, the company stated.

During their preview sale, the etailer noticed 1 crore products amounting to Rs. 7,000 crore were wish listed by 1.5 million people. The preview sale allowed the platform to note and understand the consumer’s aspirations about online fashion for the given period.

This preview sale concept was introduced during non-sale days before the sale was executed in the last EORS edition in July. It resulted in increased joy among online shoppers So, the concept was taken one step further in the latest edition of the EORS sale. This time shoppers were allowed the opportunity to be privileged buyers who could start shopping hours before the sales deals were open to the rest of the public.

For this privilege, consumers were required to play games on the app and create wish lists to score core points. This shot up traffic on the platform on non-sale day. 8 lakh VIP slots were offered for EORS, the etailer revealed.

Narayanan Myntra’s CEO said, “The concept of preview and price reveal before a sale, allows for an incredible fashion shopping experience. It is part of our efforts to make it more exciting and engaging for our customers and we continue to develop and innovate on this front. We have received a great response to the preview of the 5th edition of Myntra’s EORS, with 1.5 million wish lists created as of 6:30 pm today and an additional 1.5 million apps downloads, which is a 30% growth over the previous edition.”

What do you think online sellers, will this make a difference to your sales or will it hurt your revenue when the returns come in?