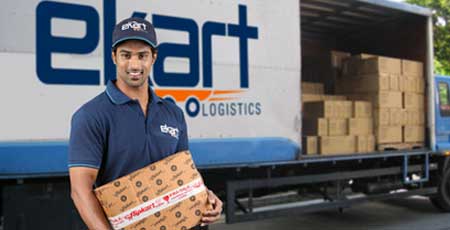 Flipkart’s logistic arm Ekart had launched its customer-to-customer courier service in May 2016. ‘Ekart Courier’ was primarily an online service to place pick-up requests. But as the service failed to gain momentum, the head honchos of the logistics company have decided to revamp the business structure.

Ekart Courier will now enter into the offline world by setting up offline drop-off & pick-up centres.

The reverse journey from online to offline

The logistics unit of Flipkart is one of its alternate sources of revenue. The Indian ecommerce leader wants Ekart to become its profitable arm to balance the heavy losses of its marketplace platform. And the courier service was one such step to make Ekart a money-spinning unit.

However, Ekart realized that it needs some alternations in order to gain acceptance. Offline presence was crucial to the success of this courier service, as opposed to operating purely on the online platform. Hence, the decision was taken to relaunch Ekart Courier.

“Our courier model has so far been an online pickup-centric model—which means you go to our website, you order a courier and someone comes to your home and picks it up… But the courier is a mature industry. The belly of the courier market is not in online pickup, but in offline drop-off… We want to pivot the proposition to the belly of the market and offer a much more affordable but highly reliable service—which is our core anyway. Now we want to extend our core capabilities to our courier business. That’s the core of the relaunch.”

Ekart would partner with kirana stores and Flipkart hubs to build its offline network from February onwards. As of now, they have access to over 600 hubs. The offline service would also help Ekart to reduce charges by about 30-40% and compete with existing courier companies such as BlueDart, Gati and DTDC.

Logistics and ecommerce – a match made in heaven

The logistic industry and the ecommerce industry are not only dependent on each other but also greatly benefit from each other. On one hand we have ecommerce-focused logistic firms like Ecom Express and Delhivery doing really well; on the other hand we have online marketplaces like Flipkart that are focusing on vertical integration via services like Ekart .

Flipkart’s decision to invest $2.5 billion into its logistics unit is aligned with this strategy. Ekart is keen on branching out its service to other ecommerce companies, and third-party merchants besides Flipkart and also handle hyper-local deliveries. Would they be able to match the strengths of traditional players that have been around for decades?