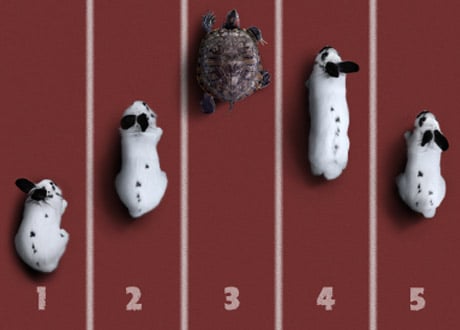 In the Indian ecommerce race, the lead keeps changing every quarter. On some days, it is the home-grown unicorn Flipkart that leads the race, and on some days it’s the US ecommerce giant Amazon that is ahead.

In the fiscal year 2015-2016, Amazon India performed better than Flipkart. Amazon Seller Services’ revenue more than doubled (116%) in FY 16, with Rs 2,217 crore revenue collection. This revenue was earned through commissions, advertisements and shipping fees paid by sellers on its marketplace platform.

Amazon ahead of Flipkart

Determining the actual revenue of both the marketplaces is difficult because of their complex business structures. The above revenue figures are just of the two units, Amazon Seller Services and Flipkart Internet Pvt. Ltd and it includes income from only few of its revenue sources.

Flipkart has been plagued by a series of problems like devaluations and high-profile exits. This is making it difficult for the Indian etailer to raise funds. On the other hand, Amazon has billions of dollars on the side to spend on its India unit.

“Flipkart will have a tough time going forward in terms of funding as well as competing with Amazon.”

Etailers’ revenues doubled but it doesn’t match the expenses

While the ecommerce biggies’ revenue more than doubled, the losses too increased manifold. In FY 2016, Flipkart reported a loss of Rs. 2,306 crore. And many believe that Amazon’s loss figure would touch $1 billion by the end of FY 2016-17.

This high loss figure is due to the ‘no expenses spared’ attitude of the etailers. As a result, there is a wide gap between the revenue and their expenses.

“Given the potential of the market, the numbers are still not huge and the pace of growth has come down. Even within the overall organised retail market, their contribution is just a fraction despite spending aggressively to gain market share,” said Sahni.

Let’s hope that the revenue figures of FY 2016-2017 are better than the previous fiscal years for Flipkart, Amazon and other ecommerce players.

Previous Article Maintaining accounts for your ecommerce business – Do it right

Next Article It’s raining devaluations for Flipkart; Vanguard marks down its shares’ value