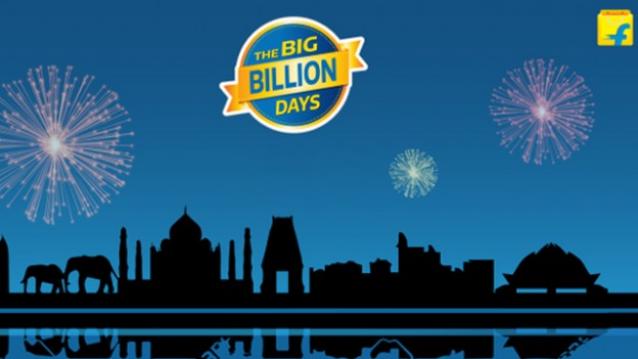 Flipkart has plunged into its annual sale event Big Billion Days. And the etailer has claimed that it is has recorded highest ever sales in the history of Flipkart.

This year’s BBD is bigger and better than 2015 edition, according to the marketplace. Why?

Because the firm sold more products in just 6 hours of Day 1 of BBD 2016 than the total sales of Day 1 BBD 2015. After sales slump from the beginning of this year, the surge in festive sales has lift Flipkart’s spirits.

The etailer recorded 10X hike in sales compared to regular days and sold over 5 lakh products within one hour of shopping event going live.

“The Big Billion Days, like every year, has now set a new landmark in the history of commerce in the country. What makes it special is that the number of units sold in the first six hours of sale surpassed the total units sold in a day during the first day of The Big Billion Days in 2015. It’s a matter of immense delight to see this response from our consumers, inspiring us to make it even more special over the course of next four days of this sale,” exclaimed Head of Category Design Organization at Flipkart, Kalyan Krishnamurthy.

Ecommerce firms as well sellers want to reduce COD orders, as it is inconvenient and expensive. With that in mind, Flipkart introduced interest-free EMIs for customers ahead of the festive season and the strategy worked.

The etailer witnessed a drop in COD orders as buyers are increasingly opting for EMI orders. Nearly 50% of products priced above Rs 8,000-10,000 on the platform are being bought via this financial scheme.

“The adoption is significant across segments with 60% growth rate.”

“We have realised it is important to address the replacement market for users in order to make sure people buy new phones every six to twelve months. While exchange solves the decision problem, it is natural that one’s new phone will be higher priced than existing one where the no-cost EMIs have emerged as an option,” revealed Ajay Yadav, VP of mobiles category at Flipkart.

Flipkart’s target for Big Billion Days is to increase its NPS (net promoter score) by improving customer’s shopping experience. For the same, the etailer is trying its best to offer the best deals without increasing costs.

Amazon’s Great Indian Festival too started with a great bang! However, the sales figures of the remaining days will decide how many ‘billions’ Flipkart will earn and how ‘great’ the festive period will be for Amazon.