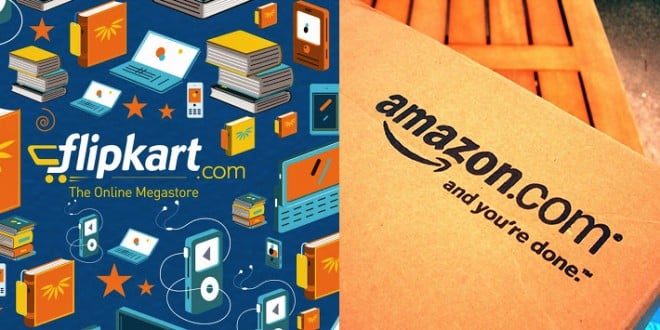 Before the October 2016 festive season started, there were reports that this year will not be as huge as the previous years due to reasons such as FDI restrictions and ecommerce slowdown. However, ecommerce firms are breaking records left, right and centre right from the onset of festive sales, making it one of the biggest online shopping event ever.

After acquiring etailer Jabong, Flipkart gained a fashionable edge over other ecommerce biggies. Though Jabong wasn’t a part of 2016 Big Billion Days sale (BBD), Flipkart along with Myntra managed to multiply its revenue. The Indian etailer made a record by clocking sales worth Rs. 1400 crore sales on Day 2 of BBD.

According to the etailer, its fashion category performed exceedingly well during the festive sale, which resulted in 5% increase in e-fashion market share. Flipkart claims that its market share will scale up from 35% to touch 40% by the end of BBD 2016.

“Certain categories in the apparel section like casual denim wear, apart from footwear, perfumes and sunglasses have been very much in demand during the on-going sales period. Moreover, in these categories consumers this time around shopped for brands like Adidas, Vans, Crocs, Superdry, Vero Moda, Only, W, Calvin Klein perfume amongst others.”

Some other online fashion stats for Flipkart BBD are:

“Our team went into the villages near Varanasi to meet with the weavers to source original Banarasi saris for the Big Billion Day. We also collaborated with some international brands, and the process of procuring some of the items was a logistical nightmare,” revealed Panchali Upadhaya, Senior Director- Fashion at Flipkart while speaking about the online marketplace fashion team’s effort to increase sales.

Amazon India too smashed several of its own records as the etailer’s sales tripled this year.

Can you guess which product was the top selling one? Not, not mobiles phones. The American etailer’s premium loyalty subscription service Amazon Prime was the most sought-after product on the platform.

“The number of Rs499 annual paid memberships purchased in the last five days was more than any other product ever purchased on Amazon.in in a five-day period. During this Diwali, paid Prime membership was our top seller —which was amazing at such a short period. So, Prime members are shopping a lot and we are selling paid Prime memberships—and this basically proves our hypothesis that we’ve held that customers in India are no different. They love selection and they love fast delivery. This is great that they are paying for it and taking an annual subscription with us.”

As far as numbers are concerned, Flipkart seems to be ahead of Amazon. But we’ll know the final figures after Flipkart’s Big Billion Days ends on 6th October, Thursday.