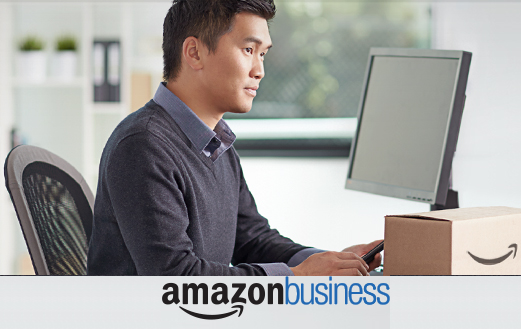 Amazon dabbled into the wholesale business last year with its pilot projects running in Bangalore and Mangalore. The etailer recently announced its online wholesale services, on B2B website AmazonBusiness, will be available in more cities across the country.

In June, the General Manager of AmazonBusiness, Kaveesh Chawla said they would take things slow with this idea. But now the etailer is concentrating on growth of this business and has injected a total of Rs. 115cr. into this unit of online retail, as per regulatory filings. The wholesale unit now has a total capital of Rs. 155cr as a result of the fresh funds.

At the moment, Amazon’s B2B unit meets the needs of small and medium-sized businesses. It lists items like:

Has competition spurred this investment?

Snapdeal joined the online wholesaler club last week, right after its head-to-toe branding makeover. The wholesale business by Snapdeal is expected to boost its fashion retail and enable seller funding. Snapdeal may be stuck in third place at the moment but in a business this volatile, nothing can be left to chance.

Alibaba has also been nurturing its B2B offerings in India. During the previous week, the Chinese ecommerce group announced its tie-ups with different service providers like banks (IDFC and Kotak Mahindra Bank) and logistics firms (DHL and Delhivery). Amazon and Alibaba are foreign ecommerce rivals who will soon face-off on Indian terrain. Preparation at every level is essential to make sure neither one is knocked out in the first round.

High volume products like smartphones are being sourced by this wholesale unit to merchants selling on the Amazon online retail platform. This way Amazon is following the new FDI norms for online marketplaces by the Central Government. By using its online marketplace sellers, the etailer doesn’t exceed the 25% sale limit instated by the government.

The online marketplace has already kerbed Cloudtail’s (its merchant arm’s) smartphone sales. Earlier, Cloudtail sold almost half of the total smartphones on Amazon, this made it the largest seller on the portal. Now, the foreign ecommerce company is requesting handset makers who bill products and inventory to Cloudtail to direct their bills to Amazon Wholesale India, say reports. And as a result, the need for working capital in the wholesale unit has risen.

What potential does Amazon’s B2B portal have?

Amazon has plans to expand this section of online selling by increasing the number of cities it is available in. But the existing tax structures make expansion complex due to restrictions. Hence, the decision to take things slow.

The sales on Amazon’s business portal were a total of $1 billion in 2015. That is in spite of being at the infant stage. More than 10,000 wholesale sellers exist on the business portal in Bangalore alone and the opportunity for this segment is expected to grow more than Amazon’s B2C business.

By 2020, the B2B industry in India will reach $700 billion from $300 billion according to a 2014 Walmart report. The consumer ecommerce industry, on the other hand, is expected to rake in $103 billion by 2020. According to Goldman Sachs, this figure is a total of online retail and online travel sales, yet it is far less compared to the wholesale estimates for 2020.