Home  »  In The News  »  Trade bodies up in arms against etailers; DIPP clears air on FDI violations, discounts 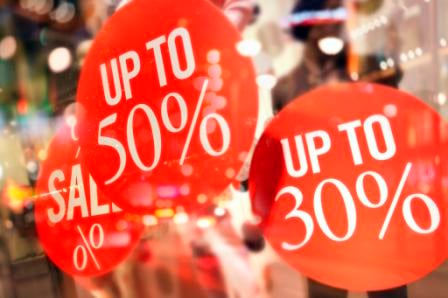 With the declaration of discount war by ecommerce leaders, various traders and seller associations have reached out to DIPP once again to complain about alleged FDI rules violations.

While etailers are busy trending Independence Day sales’ hashtags on social media platforms, offline retailers and online sellers are making a list of rules being broken by ecommerce players.

“They are openly flouting DIPP guidelines. We have asked our legal team to prepare a complaint, which we will submit tomorrow. They are supposed to be technology providers but are they not influencing price with these full-page advertisements? If DIPP does not do anything, we will start a long-drawn legal battle with these firms,” said Praveen Khandelwal, Secretary General of Confederation of All India Traders (CAIT).

After receiving several complaints from sellers, retailers’ body and trader’s body, about Flipkart, Paytm, Amazon, and Snapdeal, Department Of Industrial Policy And Promotion(DIPP) had tweeted from its official handle that FDI policy violation is part of penal provisions of FEMA.

But since the department continues to receive such complaints from CAIT and other associations, DIPP’s secretary Ramesh Abhishek has once again spelled out that, “Any violation of FDI policies is dealt under the penal provisions of the Foreign Exchange Management Act (Fema). The Act is administered by the Reserve Bank of India, and the enforcement directorate (ED) is its enforcement authority. Our (DIPP’s) role is that of formulating and notifying FDI policies. So, any complaint of violation of FDI policy may be filed with the RBI/ED.”

DIPP has made it clear that it is not an enforcing authority and hence can’t take action against ecommerce firms. But the body has also issued strong word of advice to etailers.

In an event last week, Sanjeev Gupta, Additional Secretary of DIPP said that FDI pumped into Indian ecommerce sector should be used to improve digital infrastructure instead of funding deep-discounts.

“In a survey of three lakh farmers done by DIPP, we found that only 2 per cent of the farmers had 3G connectivity,” said Gupta. He said that the growth of Indian ecommerce industry depends on high speed internet penetration in rural areas and therefore FDI should be utilized to improve internet connectivity.