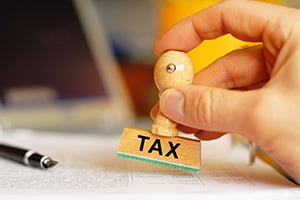 We all are hassled by this perplexing thing called TDS on marketplace fees.

What is TDS? And why should you care about it?

TDS means Tax Deduction as Source. It is a common mechanism used worldover to track incomes of individuals and organisations before assessment by deducting a certain amount from their revenue by the payer and depositing it to the government under the relevant nature of payment (salary, commission, rent etc.)

Any firm covered under audit has to deduct TDS subject to certain parameters.

Many people, including us, never figured that we need to “deduct” TDS on marketplace fees such as commission, courier fees etc. and deposit on a timely basis. I have the privilege of engaging with one of the top legal firms in the country. But a common seller does not have this privilege. Marketplaces do not educate about this nor do they ensure its compliance. It is just mentioned in fine lines, which no one reads.

The problem with our nature of business with above principle is that we are not making any payment to marketplaces; instead, they are collecting payments on our behalf and reimbursing to us after making deductions of their fees from the collected amount.

We are supposed to deposit TDS on these fees and then collect the same back from marketplaces. This completely violates the principle of TDS. Just due to the technicality involved of 194H we are deducting TDS. We are not understanding on the basis of the nature of the transaction.

So when I started ecommerce, inspite of being a trained chartered accountant, it never struck me that TDS has to be deposited and claimed in such a way. Basic principles of law are embedded in my mind. But technicality is where I lost.

So it came as a shock to me when my legal advisors pointed this violation to me 6 months into the business. As a conservative businessman, we immediately complied with the regulations and deposited TDS along with penalty.

However, the party who’s TDS we had deposited (a marketplace) refused to reimburse the same to us sighting time delay. As we were new and naive, we took this small hit and considered it an expensive error. From that day, we made it a regular practice to collect invoices and deposit TDS in a time bound manner.

However, another shock was there in place for us. Marketplaces took this money for a ride, and only after lot of efforts we would be able to get this money out from marketplaces. Seeing this rising burden, cost of follow up, and loss of interest, we stopped this compliance.

Hearsay-
One most shocking thing I heard was from a person who introduced us to this business. Him being a small man who operated from a small place and riding on the ecommerce wave, as he was not legally enlightened, he never knew he had to comply with something like this technical provision. The income tax department knocked his doors, and a good 6-digit sum was taken in the form of penalty and interest, leaving this particular person in tears and depression as his working capital was wiped out in an instant.

My issue with Government

I know most of the taxation laws by heart. More than a legal approach, mine is an approach of principles. And these principles should be to help the public who has to comply with these provisions.

I analysed the entire nature of our transactions and realised that due to technicality of section 194H – TDS on commission has to be deducted on Commission when it is paid or credited which ever is earlier. In our case, we credit the commission in our books, hence we have to “deduct” TDS while making “payment” to the payee.

The above is legal definition. Principle that is being violated is that we have to make deduction of this TDS from the payment amount. Here we are not making payment to the marketplace, they are making payment to us.

Realising this as a 21 year old in 2014, I made a document highlighting the above fact and suggesting the changes required to streamline this. My suggestion was that instead of sellers doing TDS on marketplaces, the marketplaces should TDS sellers while paying, which could be adjusted against sellers income tax at the end of the year.

The detailed document was then emailed to finance ministry, various secretaries therein, CBDT etc. Funny part is, no one took onus to act on the merits of this document, nor invited me to discuss this in detail. Maybe the government has different priorities. However, it is an issue, which concerns a big seller community, and not to me as an individual; hence the government should also take part in understanding our pain.

Almost two years have gone by, and this exact principle has been proposed in the recently released draft of GsT albeit applicable on to indirect taxes. I discussed this in my meeting with MoS Finance, however, there have been no further developments. I had also pursued and given this as a suggestion for budget in 2016.

It would have been a matter of individual pride for me if this small tweak in law would have been done on my recommendation and saved money for lot of small businessmen.

My issue with Flipkart

In 2014-2015, I had a lot of volume business with Flipkart, even being awarded at seller event for our performance. Also I have given them many inputs to streamline their systems, which are still in place today.

After initial setbacks on TDS, we stopped deducting TDS on Flipkart’s fees. It was a major issue to all sellers. However, my legal advisors, asked me to deposit this amount along with interest and penalty while filing my annual return in September 2015.

By this time, Flipkart had brought in a new policy of not reimbursing any TDS money without a valid TDS certificate. Due to internal queries in Income Tax Department, I received this certificate in March/April 2016 and the same day it was applied in Flipkart for reimbursement.

It was not at all surprising when the minions at seller support refused this claim saying this was of previous year. So I got it escalated to a very senior person who tried to get this escalated to the right authority in Flipkart.

I received this reply on phone, which they refused to give in writing, “We cannot reimburse to you as you are claiming after out cut off date.” I told them clearly to screw their cut off date as the government’s certificate has come based on which application was made the same day and they are legally bound to reimburse me. They flatly refused.

Recently, I made a last ditched effort and asked them if this 6 figured sum will be reimbursed to me or not, again the “rules” were sighted to me. I don’t mind bearing this loss. But just for the frustration, I shall be fighting until I receive full amount along with interest. Yes I will be adamant on interest. This interest is not greed; I shall deposit this amount in a fund of Prime Ministers schemes.

When I talked to some non-ecommerce industry veterans, they asked me about how marketplaces would be recording this in their books. I don’t have clarity on this but I feel these could be the options – The outstanding amount could be –

A small loss is part of business but if this repeatedly benefits another, then it’s not worth doing business with such persons.

Disclaimer: Post oringinally published on AIOVA. Views/Opinions expressed in this article are solely of the author.