Home  »  In The News  »  Reduced discounts and lowered CoD – a boon for online sellers? 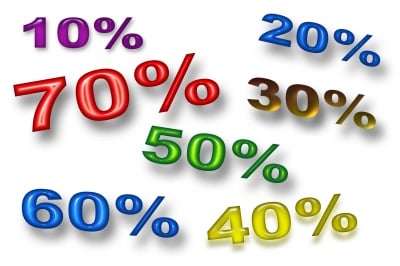 The recent changes in foreign direct investment (FDI) in ecommerce courtesy the Department of Industrial Policy and Promotion (DIPP) threatened to result in a dip in sales. However, after an initial clamour, companies are trying their best to make lemonade with the lemons thrown at them. Companies had to face allegations from their sellers (Paytm), and from the physical retailer camp (Flipkart), but the dust seems to be slowly settling.

Jabong is looking at utilising the data it collected on buyer behaviour. The company has also brought down the number of brands from 2,500 to 1,500 in a bid to attract genuine buyers.

“All this intelligence built into the system is now being used to improve conversion rates, assortment and selection,” says CEO Sanjeev Mahanty.

‘No more discounts’ a blessing in disguise

Experts feel that the curb on deep discounts would have happened eventually. Vijay Shekhar Sharma, founder of Paytm, says,

“Companies are using the opportunity to build better, profitable marketplaces.”

A recent study on online retail by AT Kearny and Google indicates that companies ought to work on services and variety of products. Ecommerce companies are also focussing on effective marketing, says Sandeep Aggarwal, founder of Shopclues,

This seems to be in keeping with the findings of AdEx India, which notes that leading ecom companies have curbed their ad spending.

Rather than put the onus on sellers, companies are looking to involve the buyers. Amazon, Jabong and Shopclues have a small fee for CoD orders. This will also work in reducing the number of CoD orders, a plus for sellers. The AT Kearny and Google report says that the CoD orders will drop to 45% in 2020 from 57% in 2015.

Perhaps the change in the industry will help sellers make an improvement to their fortunes. Ecommerce companies are attempting to do their bit to woo the buyers. Lower discounts might be the answer to the sellers’ prayers.

Previous Article Do you know the ideal number of SKUs to upload on online marketplaces?

Next Article The next hot product category in online retail – Baby care products?