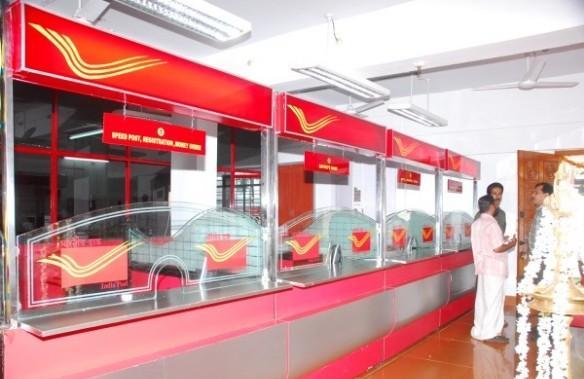 eBay is getting back on track and things are looking up for its sellers. Recently three of the marketplaces sellers were honored with awards for their contribution to the international market of retail export. They received their awards from the honorable President of Indian at the 15th FIEO (Federation of Indian Export Organizations) “Niryat Shree” and “NiryatBandhu” Awards.

Yesterday all eBay sellers in Meerut scored a win! On Thursday morning, a new parcel booking counter was opened for eBay India sellers at the head post office in Meerut Cantt. The aim here is to simplify product dispatch services from the sellers end.

The Trend is Catching On?

Meerut is the first of Uttar Pradesh’s cities to offer this facility to online sellers at eBay. Only two hours into its existence and UP’s capital city, Lucknow, already had similar counter up its own up and running.

A Separate Counter was a Necessity!

In addition to the separate eBay counter, the post office has three other parcel counters. India Post is used by an approximate of 500 eBay Indian customers solely for the purpose of dispatching their items. Some may use private courier companies which ultimately use the same India Post medium for dispatch. So a distinct counter for eBay ecommerce parcels seems appropriate.

Standing in long queues for the sake of courier formalities at the post office took more time than necessary for such a simple task. But now with the separate counter for eBay, everyone can save time, said eBay customer, Gauhar Rais to TOI.

The eBay customer further informed the publication about how the postal officials were sometimes unaware of how ecommerce products should be dealt with. However, with the new counter in place he feels things will be easier because they can directly interact with eBay now.

Senior post master, Arvind Kumar, at Meerut Cantt’s post office revealed, “There are many residents in Meerut who use e-commerce for selling their products to people based in different parts of the country and even abroad. We already have a huge rush at our existing parcel counters in the office. Also, dealing with e-commerce customers is a little different. Keeping this in mind, the eBay counter is a blessing in disguise for e-commerce customers. The counter will be exclusive for them to send their products through speed post, registered post or any other service they wish to opt for.”

India Post has made several attempts to strengthen the ecommerce industry. The national postal service is striving to connect ecommerce to rural and remote areas in the country and has also proposed investments worth Rs. 322 crore in online retail industry. India post is looking forward to be an ecommerce partner and eBay India is willing to partner up with it.

The new parcel counters specifically for eBay makes the product dispatch service simple, easy and faster than before. It has also helped strengthen India Post’s long-term association with ecommerce.

An eBay official stated that the creation of an exclusive counter allows eBay users to send parcels via net marketing, to those concerned. eBay’s sellers are at the core of its business and the marketplace has been continuously innovating to ease operations with its partners. The etailer’s official also mentioned that eBay already has these kind of counters in 12 different cities.

Next Article Seller rating – Pointers to improve & stay ahead in the game!