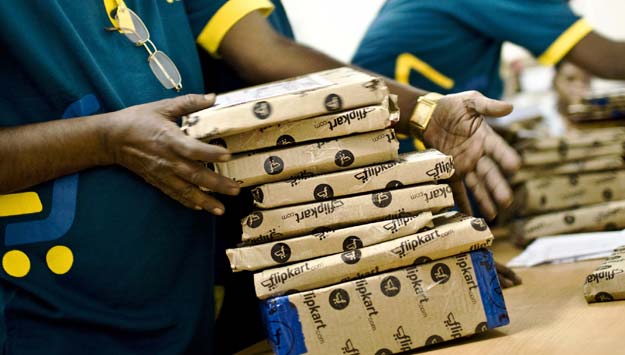 Flipkart has had it rough since the start of the year. First the entry tax issues, then came the news of:

Also, let’s not forget that the home grown online empire is barely hanging on to its number one position in ecommerce.

It’s about time they did something and they certainly are making the effort. Flipkart is focusing its efforts on its consumers and sellers to improve its online retail. The market place is battling entry tax and attempting to follow FDI rules to even out the playing field for its online sellers.

Flipkart is a big deal to the Indian online consumers. So there is no way the marketplace will go down without trying everything possible to maintain its prime position in ecommerce.

The online marketplace wants to improve its logistics to:

How do they plan on doing it?

Last year Flipkart acquired a 34% stake in MapmyIndia. Now the etailer will use data from MapmyIndia to build a mapping platform called Flipkart Maps. The plan behind the mapping platform is to mark customer addresses and landmarks accurately, for more cost effective and high speed deliveries.

Flipkart’s vice-president of engineering, Krishanu Seal said, “The key idea behind our mapping strategy is to build a transformative GIS (geographical information system) and location-intelligence platform that is necessary to build a highly-scalable and efficient network.”

The senior VP for supply-chain engineering Hari Vasudev and the head of consumer experience and growth Surojit Chatterjee at Flipkart are on MapmyIndia’s board. This makes Flipkart’s investment in the MapmyIndia a significant one.

Other partners drawing up the map

India’s number one online retailer has also partnered up with a social technology lab called, Mapunity and run by Ashwin Mahesh. Mapunity has been involved in the creation of a social network for the chosen cities in the ‘Smart Cities’ mission, for the purpose of bringing together public information about governance and urban development. The social network is named Technagara and is currently active in Bengaluru. It will soon start in other major cities too.

This partnership will enable Flipkart’s logistics arm, Ekart to gather accurate details on addresses, shorter routes and more efficient ways to reach consumers. With a network of field executives in place, Ekart can gather data and intelligence to the addresses they need to deliver to and mark them accurately. In 2015, this network expanded by 40-50%, that is 14,500 field executives.

With these networks in place Ekart will be able to –

According to Flipkart’s Krishanu Seal, “India has not had a very formal surveyed set of pincodes and is not amenable to efficient first-world construct. A lot of it is landmark-based routing and a lot of exceptions one needs to keep in mind.”

Ekart is currently positioning itself as an independent business and trying to attract third-party etailers like its current clients – Jabong and Paytm and offline retailer Madura Fashion.

This could be exactly what the marketplace needs to pull ahead of its competition and regain its past glory. We can already tell Flipkart is serious about this project because it has invested in other supply-chain related venture like Zinka a freight-booking marketplace and QikPod a self-serve locker provider.

Next Article Can the government promote agricultural produce with exclusive online portals?