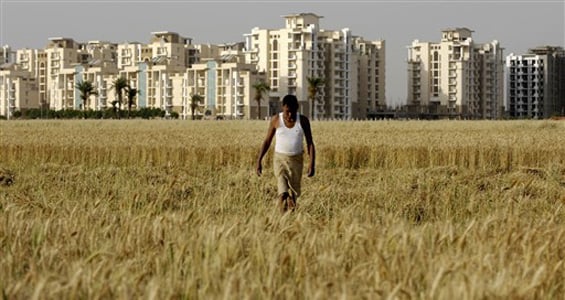 Just last month we reported about marketplaces shifting their attention towards villages to explore the possibility of low returns. Shopclues caught attention with its unusual logistics; a bullock cart, which was used to deliver a Samsung LED TV to a remote village in Andhra Pradesh.

The numbers looked promising too with 60% of sales coming in from small towns and cities and a 20% chunk of sales from rural areas in the country. Shopclues’ vice-president of operations and strategic initiatives, Vishal Sharma even said, “In rural areas people are not in a hurry to buy products.”

It seemed like an ideal situation, so what changed?

The Gurgaon based marketplace is looking to:

The chief business officer at Shopclues, Radhika Aggarwal claimed, “We are moving towards dividing the country into different cities as opposed to regions for our shipments.” She further explained, “The idea of shipping from within the zone of a customer works perfectly for structured categories. The unstructured category might or might not benefit from this.”

Ad: Multiply your sales on Shopclues with Browntape!

She also mentioned that the marketplace will be aided by its local courier partners for deliveries within zones. Shipping within a zone would mean:

Shopclues had initiated the neighborhood marketplace concept, (currently in the pilot stage), at Gurgaon. According to this feature delivers should be completed in an approximate time of 4-6 hours. This could give them the edge they need to outrun competition, now that discounts have been slashed.

Where does The Marketplace Stand Now?

Shopclues is worth a whopping $1.1 billion and the online marketplace believes by mid-2017 it will acquire profitability. Aggarwal revealed they plan on multiplying their current number of 4 lakh sellers into 12 lakhs by the end of this year. In addition to that she said this would improve their regional selections and products price ranges in tire 2 and tire 3 markets.

As for its local engagements, Shopclues has been reaching out to local onboard merchants in south India. The plan is take their online entrepreneurship business contest to live television for limited period.

So does this mean they’ve abandoned the rural market scene?