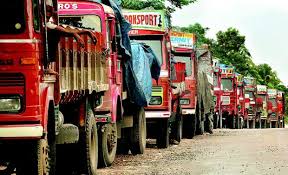 Joining the bandwagon of state governments issuing tax on goods sold online is Gujarat. The Gujarat government has proposed that etailers charge the difference in entry tax of a product from another state as value added tax (VAT).

In the words of a government representative, “Suppose Maharashtra charges 5% VAT on mobile phones and Gujarat has 15% VAT, the difference works out to be 10%. If a consumer in Gujarat buys a mobile phone sold by a dealer in Maharashtra, he or she will be charged differential 10% as entry tax.”

Similarly, products that are made in Gujarat and sold in other states will also be subjected to VAT based on the entry tax of the state it is being sold into.

Ad: Your remittance & reconciliation made easy: Browntape!
Find out more

Charging only the difference in VAT

The state government has had a discussion with leading online retailers including Amazon, Flipkart and Snapdeal. An official with the commercial tax department said, “We had two rounds of meeting with top e-commerce companies, and their views were also taken into consideration. Unlike others states where flat rates are charged, we have decided to charge only difference arising out of difference in VAT rates of various states.”

Leading ecommerce players have had differences with the entry tax policies of governments of UP (5%), Rajasthan (5.5%), Bihar, Assam, and Uttarkhand (10%).

Experts say that implementation of the Goods and Service Tax (GST) will supersede all other taxes like VAT and entry tax, and ensure a systematic tax for all commercial establishments. However, till the GST comes into the picture, it looks like state governments will continue to levy entry tax on ecommerce transactions.

In The News Author Sumangala Varun Date March 21, 2016
Share On

Next Article Ecommerce players toughen up to remove frauds, fakes