Home  »  In The News  »  Alibaba locks 2016 for Indian ecommerce; partnership with Tata on cards? 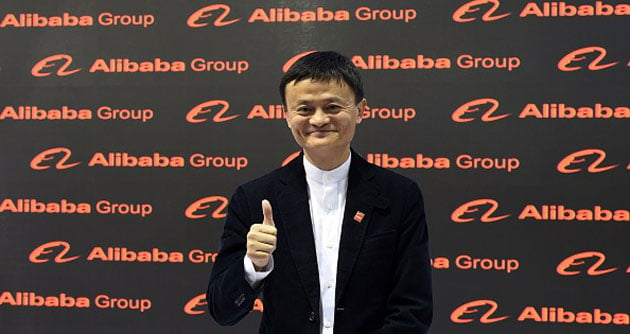 The Indian ecommerce industry is not untouched by Alibaba’s presence. Although, so far it has only been investments. This is all set to change in 2016 as the Chinese ecommerce giant revealed its ambitious plans to enter the online industry independently and directly.

Save the Date (Year)

Alibaba expressed its interest in the Indian ecommerce market in late 2014 and the prep work for its entry has been going on from early 2015. It gradually expanded its presence by investing in payment solutions company Paytm, ecommerce company Snapdeal, logistics company Mypacco, launching reseller platform and seller initiative for small & medium enterprises.

The company feels that 2016 is the right year to think beyond investments and enter the market in a full-fledged manner. A technology development centre in India may also come into existence.

Alibaba Group’s President J Michael Evans confirmed the news by saying, “We have been exploring very carefully the e-commerce opportunity in this country which we think is very exciting on the backdrop of Digital India. We plan to come here and work to serve both customers, consumers and of course small businesses because that is the history and the DNA of Alibaba. We are planning to enter the e-commerce business in India in 2016.”

Rumours are that the Chinese etailer is in talks with Tata Group to grab a partnership deal. Why Tata? Because Alibaba wants to support its ecommerce venture by setting up an omni-channel retail network with offline & online presence along with strong logistical and back-end support.

Tata Group is one of the many companies that have been approached. An ecommerce company is said to be the other option. Is it Flipkart? As that’s the only player left after Amazon (least likely to partner considering the intense rivalry), Paytm and Snapdeal.

“It will take two quarters for Alibaba to finalise a joint venture partner. It may or may not go with the Tata Group in the end but they are definitely talking. They would have discussed initial deal contours beyond online retail,” revealed a source.

Paytm may spin off its marketplace for Alibaba’s sake

It is understandable to wonder about Paytm’s fate if Alibaba is planning a separate entry in Indian ecommerce. After all, the payment solutions company transitioned into an online marketplace after partnering with Alibaba.

It is believed that Paytm will spin off its marketplace so that Alibaba can function independently as an online player. Those who have no clue what a corporate spin-off is – it simply means splitting/ dividing section of companies or organizations to create independent businesses via the sale or distribution of new shares.

A source who is aware about this development shared, “Paytm may spin off its marketplace business, which will have Alibaba as a majority stakeholder in that company and allow (the Chinese firm) to organically expand in India.”

Jeff Bezos should be worried?

Yes, we think so! Alibaba is not short on cash. In terms of sales volume, the Chinese etailer beats everyone. This is why Jack Ma is the most sought after man, even by Hollywood movie producers.

Once it enters the Indian ecommerce scene, it will be Everyone VS Amazon. At least that’s how the plan of Amazon’s rivals looks like.

While the industry on the whole and consumers will benefit from a new player entering the market, the existing players especially Amazon will have to be prepared for a tough battle.

We are already nearing the end of first quarter of 2016. So it is doubtful that Alibaba will be able to setup the ecommerce business before the end of this year. Amazon has about 3 quarters to do what it can to change the game and gain advantage before Jack Ma comes out all guns blazing.

In The News Author Shweta Singh Date March 22, 2016
Share On

Next Article Snapdeal steps its game up; delivery flaws continue