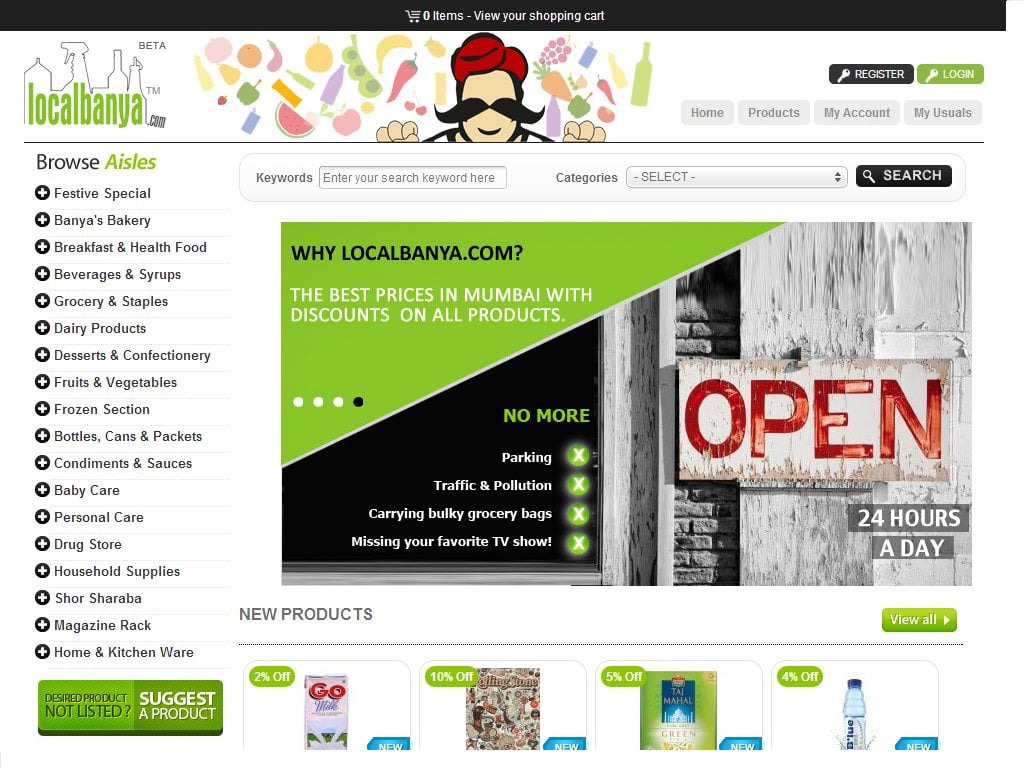 When you open online grocery LocalBanya’s website, you are still greeted by a hopeful message, ‘We are under renovation. We will be back shortly. We know you love us. We love you too. So we decided to renovate to give you a better & more exciting experience.’ However, strong rumours are floating around that the company has shut down for good.

In October, the news about LocalBanya shutting its operations temporarily came out in open. The same above mentioned message was posted on its website with no definite timeframe for its return. We did think it was a temporary move, since mere three months ago in July the company had tied up with software company Vinculum Solutions for logistical support and to expand its area of operations.

News about company being sold in November 2015

The temporary shutdown led to the murmur about company being sold. It was reported that it suffered a loss of Rs. 1 crore in 2013-14, nearly triple than the preceding year’s losses.

“The founders lost control to investors rather early. Instead of operations, the focus was on marketing,” said manager of a VC firm.

Thus came the reports that the grocery start-up is willing to be acquired by a reputed retail brand in a stock & cash merger.

Every now and then, we did get to hear that many LocalBanya employees have not been paid their salaries from months, are getting laid-off and are being encouraged to find new jobs. But there was no concrete proof of it until recently. The shutdown rumours has gained momentum after former employees and suppliers posted on social media platforms Facebook and Twitter.

One such post was, “Houses are locked, civil and criminal notices are being sent for fraud. This would mean that sooner or later cases will be filed in courts. These blue-eyed professionals will soon be labelled as white-collared fraudsters.” They also claimed that founder and co-founder of the portal are hard to reach.

An official police report filed by ex-employees states, the company owe Rs. 1.5 crore to lenders, and another Rs. 2 crore to the suppliers and employees.

Founders deny all the rumours

In spite of all the rumours, the company heads are adamant that the closure is only temporary.

Founder Karan Mehrotra said, “We are working on building a new platform. People can conjecture, but we will, in a couple of weeks, come out with statement on why localBanya shut operations and what we plan to do next.”

Online grocery proving to be a tough battleground

Extremely thin margins, logistical nightmares and dwindling trust of investors has resulted in many online grocery and food ordering companies to scale-down or shutdown completely. Recently, hyperlocal start-up Grofers shut down its operations in nine cities including Bhubaneswar, Kochi, Ludhiana, Nashik, and Visakhapatnam. TinyOwl and Zomato are other such examples of start-ups which are struggling as of now.

In The News Author Shweta Singh Date January 8, 2016
Share On

Next Article Walmart to launch Online Wholesale Platform on July 1