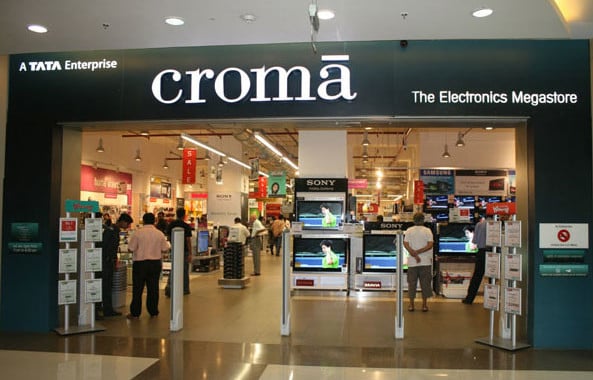 Off late, Ratan Tata has been busy investing in ecommerce companies in his own capacity. Tata’s egrocery platform My247market has received rave reviews and the company has also been dropping hints off its ecommerce ambitions for quite some time now. Its ecommerce modus operandi is to focus on a quality after sales service rather than get embroiled in a discount battle, even though it has the war chest available to do so.

Tata Sons which promotes Infiniti Retail is placing its trust in its own omni-channel electronics brand Croma to promote its online/offline retail strategy, and in the process create increased traffic to its stores. Croma last month tied up with Apple to promote its computer stores in India.

Last year, Tata Sons had joined hands with online marketplace Snapdeal, but that partnership has now come to an abrupt end, after Tata Sons decided to go it alone with Croma.

The synergy between Tata Sons and Snapdeal worked on areas such as:

“We have now corrected our online strategy with a new one, which is more relevant, through own existing site croma.com. Today, we are no longer available on Snapdeal and have built capabilities through our own online strategy. We already have the advantage of our stores and now we have created an interactive digital strategy to reach out to consumers who want to see our products online. In fact, during Diwali we had 60 per cent of consumers checking out the products online through our site before visiting the Croma store,’’ said Ritesh Ghosal, Chief Marketing Officer, Croma.

At a recent Microsoft event, Mukund Rajan of Tata Sons summed up the company of building sustainability and not afraid to try something new. It also launched an award called ‘Dare to try’ to promote innovative ideas even if they proved unsuccessful.

It is understood that other major retail companies are also using online marketplaces to sell their brands online until they build up their own online capabilities.

“Our own site is still not that big and will take time to stabilize. Our tie up with Snapdeal will allow our marketplace to scale up. But our own site will not be a marketplace but a real store with exclusive private brands,” said Govind Shrikhande, Managing Director, Shoppers Stop.

The Future Group has decided to sell its products online through Amazon.

“E-commerce players sell the same products that we have at our stores. After Amazon we do not have any plans to sell through any other e-commerce site,’’ said Kishore Biyani, CEO, Future Group.